Finally the city I wanted to reach 2 years ago but could not fir running out of time visiting Cinque Terre for the first time and repeating Siena where I did not return since 2001. In this occasion, the trip was planned having as main consideration San Gimignano, and of course taking the chance for revisiting Florence, the third time in that city, however, never enough. Flying to Pisa and making the base over there was all pointing to be the perfect decision, and not only because of flying there is a fraction of the cost than getting into Florence, but also saving half the cost in a hotel there, and as last, the commuting from Pisa is easier, better and faster than if coming to San Gimignano from Florence instead.

As you’ve might have read at the heading of this guide, one of the nicknames is the “Medieval Skyscraper City”, or the “Medieval New York City”. Once you are there it is easy to know why, the many tall stone and brick towers spread across, yet believe it or not, once upon a time there were 72! Now it’s a very reduced number to “just” 14, although it is still the only city in the world with such a large collection. But why building such towers? It was all about a display of family wealthiness. The larger and higher, the wealthier the family was, like a competition. Nevertheless the past, it is today a fascinating and unique sight to see, hence its protection in being listed an UNESCO World Heritage Site.

The city is way more that its towers. A wide playground for the arts and culture with impressive buildings, palaces and churches complete with beautifully preserved paintings dating as old as the 13th century. Small town that’s for sure, easy and straightforward to visit where a half day is well enough. Careful in not overestimating your time as there is no need for that, and if you are a first timer in Pisa, let me tell tell you it is then possible to enjoy both cities without rush in one same day.

Because of its reduced size, this means the choice of restaurants is much more limited and unfortunately the opening hours also not the best ones. Try not to leave lunch for too late, as later than 14.00pm it becomes harder to find open places. A trattoria and osteria is not difficult to find, but please do compare some prices between them as basic rule of thumb.

For more information about San Gimignano check Wikipedia and Wikitravel sites. The currency in Italy is the Euro (EUR). Please note that any price reference is true as from when this guide was created, therefore check prices in advance as with the time they change.

What to see and do in San Gimignano

-Collegiate Church Is the main church in the city. Not a cathedral as the name of the square might deduct though. Inside you can find the Chapel of Santa Fina, who the town honors aside of Patron Saint Geminianus. She was born in 1238, and her shrine has beautiful frescoes by Ghirlandaio. Many other frescoes include works by Benozzo Gozzoli, Taddeo di Bartolo, Lippo Memmi and Bartolo di Fredi make it unique and also listed as part of the UNESCO Word Heritage Site “Historic Centre of San Gimignano” mentioned as works of outstanding beauty.

-Palazzo Comunale Is the City Hall built between 1289 and 1298. Its facade has arched windows, with the lower half of the frontage built with stone, and the upper part in brick. Adjacent is the Torre Grossa (Great Tower), completed in 1300 at 54 meters high. Among its artworks are frescoes by Pinturicchio, Benozzo Gozzoli, Filippino Lippi, Domenico di Michelino and Pier Francesco Fiorentino.

-Palazzo Podesta Is the Mayor’s house, clearly distinguished by its huge arched loggia typical from the regional Gothic architecture.

-Church of Sant’ Agostino From the 13th century, and as impressive as the Collegiate for the outstanding Italian renaissance frescoes.

The nearest airports to San Gimignano are Florence and Pisa, both more or less equidistant, hence go for the best air fare deal you find without any preference. Buses connect the cities and airports frequently. Pisa will be in any case, the best option with the lowest cost, and possibly a better selection of routes served.

Coming from nearby cities is way more easy and simple, with plenty of trains and buses everywhere. Notable are the connections from Pisa, Florence, La Spezia, Livorno o Perugia to name a few, however the train station is Poggibonsi, which is near the city, with a shuttle bus connecting them both. If coming by car, you will need to park outside of the city walls as almost the entire old city is car-free. Please take the following in consideration, the shuttle bus between Poggibonsi and San Gimignano is extremely reduced in frequencies on Sundays or Bank Holidays. Be very careful and plan ahead well, or you will end up having to find yourself a way, calling a taxi and over expending. Any other day Monday through Saturday the frequencies are lots at any time.

Within the city, there is no need for taking any public transportation at all. It is very small and car-free, hence entirely pedestrian. All of the sights are within easy reach from each other, and short distances altogether.

While I cannot recommend a hotel or place to stay overnight in San Gimignano since I did not need it; I was based in Pisa, city I can tell you all about accommodation. Perfect location for reaching San Gimignano, Siena, Florence and Cinque Terre. Not only it works better with the low cost airlines flying there, but also means paying much less for a hotel, specially if coming during low season. Please do take a look at the guide for some hotels I can recommend. 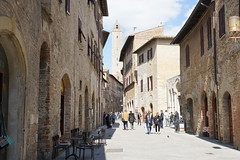 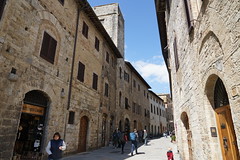 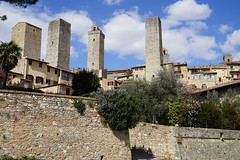 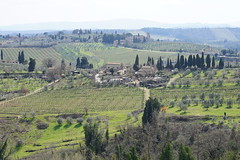 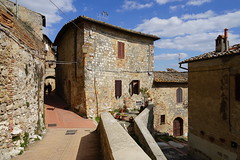 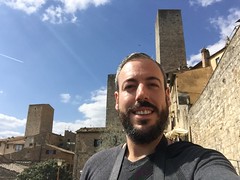 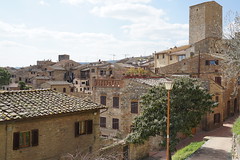 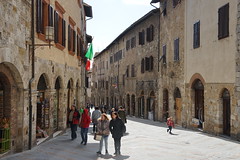 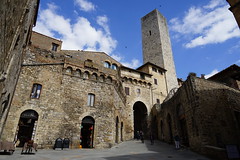 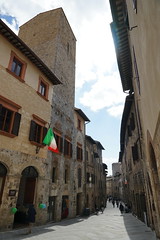 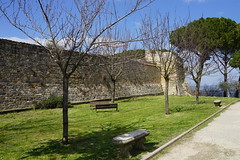 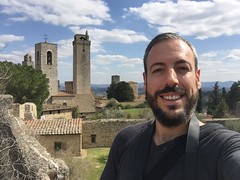 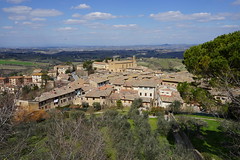 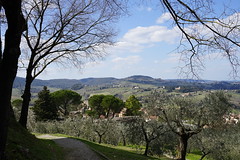 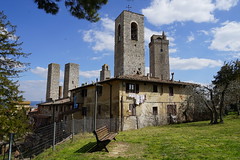 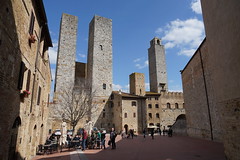 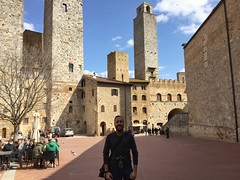 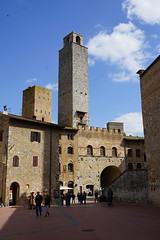 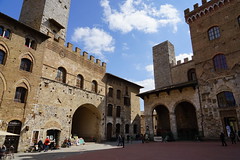 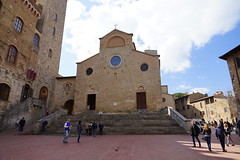 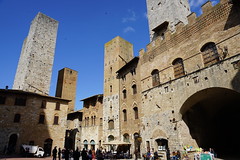 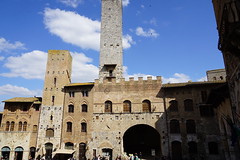 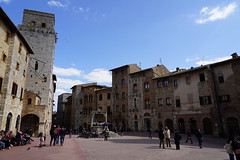 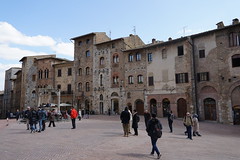 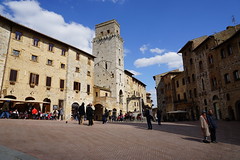 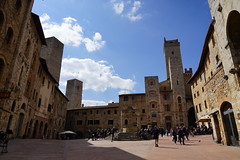 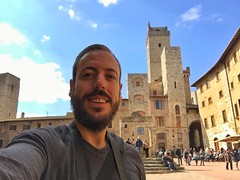 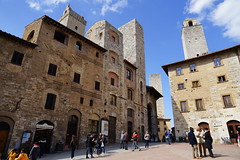 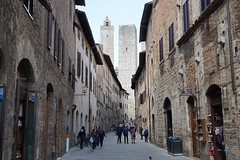