Kingdom of Birds and Flowers

Our first day trip while in El Salvador after visiting the capital city, San Salvador, the day before, was for doing this rather quiet and relaxing visit to this small town. Located to the north of the capital, at only 50 kilometres, is a really nice and charming place if what you are looking is to have bygone colonial feel. The luck of this town having survived most earthquakes and eruptions from the nearby volcanoes is something that San Salvador did not have; and as such, it is no surprise now you see in travel books Suchitoto is in the colonial route in the country.

The town lies less than 2 kilometres inland from the Suchitlan Lake, which is in fact a man-made lake created by the dam. The nature surrounding the place is really nice, with also many small islands, all of which you can see if taking boat from the pier located at the Malecon. Negotiate the price and try to lower it down since you will be quoted way over the average, especially if you are a non Spanish speaking.

Other than this, and because of the very small size of the town, there is nothing else I can really tell you about in this introduction. Remember not to wake up too early to get here, as you will have plenty of time. As I mentioned before, this is a great excursion to break in between other heavier tours. It is always good to have in between an already crazy non-stop trip through Central America as we were doing some other days with more relaxed and easy tours

For more information about Suchitoto check Wikipedia and Wikitravel sites. The currency in El Salvador is the North American Dollar. Please note that any price reference is true as from when this guide was created, therefore check prices in advance as with the time they change.

What to see and do in Suchitoto

Reaching the small town of Suchitoto is very easy and straightforward from San Salvador. You will either need to go the Terminal de Oriente bus station, or Plaza Mundo shopping centre. Bus R29 links Metro Centro mall with Plaza Mundo mall through downtown San Salvador for US$0.25. If you have the option, try to avoid getting off at Terminal de Oriente but instead continue to Plaza Mundo. Right over there where the R29 stops, you can grab bus R40 or R129 towards Suchitoto. This is in any case the very same bus that start/ends in Oriente. It runs at frequencies of one every 20 minutes, and takes approximately 1.30 hours to reach Suchitoto. Fare is US$0.90. The drop-off in Suchitoto is downtown less than 5 minutes away from Parque Central.

The bus returning back to San Salvador depart form the same bus station, but make sure you make it before 18.00pm as that will be the last bus of the day. Preferably make your way earlier, which I’m sure you will since you will have plenty of time with nothing else to do once you visit this little town.

Not to mention that due to the very reduced distances, you can walk anywhere. It’s no more than 15 minutes side to side of the town, with a little bit more walk towards the Malecon, where the small port by the lake is.

Since this was a day trip from San Salvador we did not stay overnight here. I do not recall having seen anyone either that would be staying here as this is mostly a small city where tourists come and go. There are no international hotels, instead, family run businesses, many of them from the look of it at least from outside, really nice, hosed in small colonial buildings. 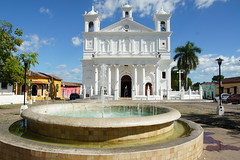 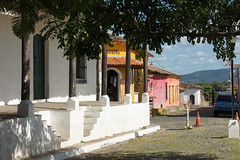 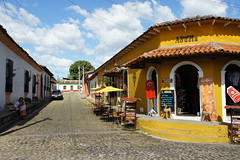 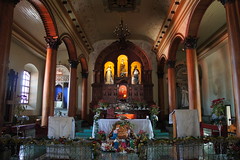 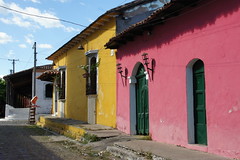 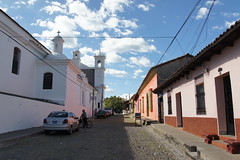 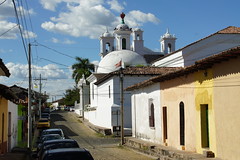 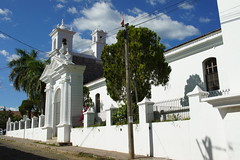 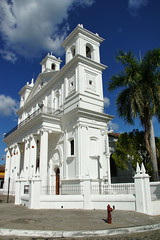 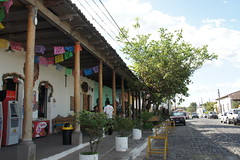 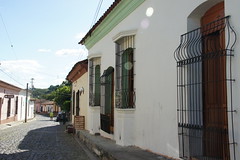 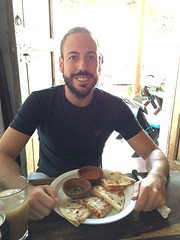 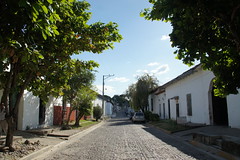 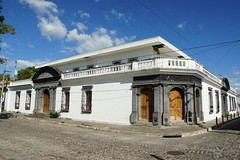 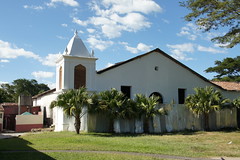 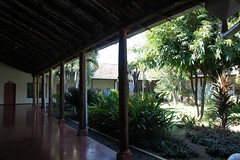 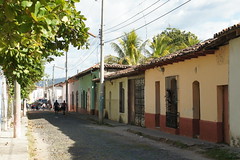 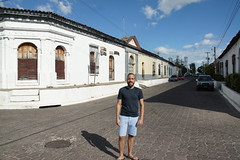 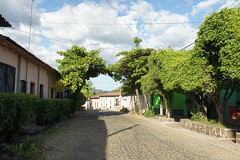 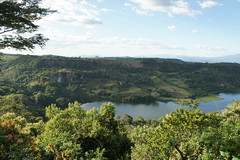 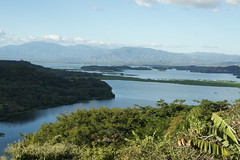 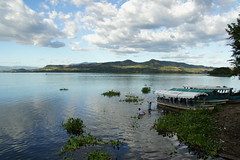 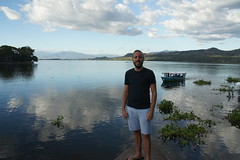