Santiago de Compostela - Spain
Share it with the world

The City of Stone and Way of Saint James

Happy to travel to Santiago de Compostela for a well deserved return to one of the most historical and beautiful cities in Spain, worldwide known especially among the Christian Catholic population. It becomes now quite an oddity to think it took me 13 years to come back and admire this city one more time; but yeah, with an almost infinite choice of destinations for a lifetime, sometimes the ones we have near us are the ones we tend to mistakenly postpone and even forget.

Although this was just a day trip taking as much advantage from a very early flight in the morning and a late at night return, it is more than enough time to visit Santiago de Compostela, the small capital city of the Autonomous Region of Galicia in north west Spain. We can be thankful the weather was not too bad considering it was just January! Yes, this is something you need to be aware of, the weather in this region. It does not matter whether you are coming in the summer months or winter, the chances of rain are one of the highest in Europe, only second after Bergen in Norway. Also a jacket in summer will almost certainly be needed.

So what’s the deal and so special about this city to be so world renown? It is the end point of the Way of Saint James’, the Christian pilgrimage network of routes coming all over Europe onto Northern Spain and on to the Cathedral of Santiago, resting place of the apostle. Quite an epic journey should you wish to do, noticeable the route between Roncevalles (France) and Santiago, covering some 800 km of beautiful northern Spain scenery and historical cities.

The city itself is an UNESCO World Heritage Site listed, together with the Way of Saint James’. It hosts hundreds of monuments and historical buildings. The architecture in here (and the whole of Galicia Autonomous Region) is different to other regions in Spain. Here you will see grey and pastel are the main colours because of the local granite and limestone materials used for their construction, no wonder the city is defined under the nickname of “City of Stone”. But without doubt, the Obradoiro Square is the iconic image of the city with its impressive cathedral at one of the sides, and the City Hall and the Hostal dos Reis Católicos on the opposite.

Walking up and down the narrow streets in the old town will give you a glimpse of how beautiful it is everywhere you look. And since it is also very small, you can easily walk anywhere in no time for what a day is well enough to fully enjoy every sight.

With regards to food, this region of Spain is very famous for its enormous quantities and great quality. A restaurant or bar will not be far from wherever you are where you can get great deals if they offer a daily menu (Menu del dia), which generally happen only during lunchtime Monday through Friday, or still, good prices on any a-la-carte if on a weekend. Note that some restaurants do daily menu on weekends too. Meats and stews, fish and sea food is your best bet. There is in any case something you must try before you leave, a delicious empanada. A pie, oven baked, filled with tuna, paprika, onion and spices.

For more information about the city check Wikipedia and Wikitravel sites. Spain’s currency is the Euro (EUR). Please note that any price reference is true as from when this guide was created, therefore check prices in advance as with the time they change.

What to see and do in Santiago de Compostela

-Cathedral The burial-place of Saint James, one of the apostles of Jesus Christ. Construction of the present building dates back to 1075. It is one of the most precious jewels of Spain, known all over the world.

-Hostal dos Reis Católicos One of the top hotels in the city, right opposite the Cathedral.

The airport lies just few kilometres to the east of the city centre, and serves mostly national with some international routes by low cost airline Ryanair. New routes keep opening and so other airlines willing to take their bit from this highly potential city. From the airport you can take the bus to the city centre which takes approximately 20 minutes. The schedule is managed to be in coincidence with the arrivals and departures of the flights.

Arriving from other cities in Spain is easy either by bus or train. Santiago is after all, one of the major tourist destinations in Spain, and lies on the main trunk railway Madrid-A Coruna, and A Coruna-Bilbao. Check RENFE for the Spanish National Railways and ALSA for the national bus company.

Within the city you will not need any public transportation because it is small enough to walk all around. Should you need to take the city buses, the single fare is 1 Euro or if you plan to take more trips or you are travelling in a group is best to consider buying a 10 trips pass (bono), meaning the trip costs just 0.55 Euros.

Although I cannot recommend any place to stay since this trip was as quick as go and back from Madrid in the day, there is a good and big choice of hotels and general accommodation of any kind. From very prestigious and luxurious properties in incredible palaces to more modest places and anything in between, and that without counting the hundreds or airb&b and rent rooms available. Obviously you need to remember that starting in April and until September it is the peak season when most of the pilgrims and visitors come to the city so vacancies can be more limited and fares rapidly steeping up. A good and reasonable point to start your search is by checking some of our preferred affiliate hotel search engine such as Hotels.com, Booking.com, Expedia, Otel.com, Agoda, Opodo or Ebookers.

One of the most common choices nevertheless, are the pilgrim places where you could stay for a very good rate per night. One of the most famous and largest is Monte do Gozo, which I have very good memories of it when we stayed back in 1998 during a school trip. 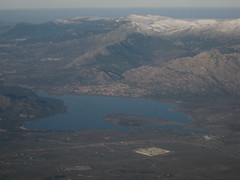 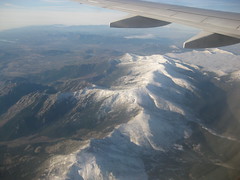 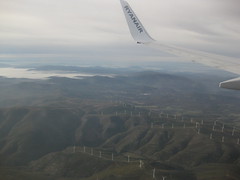 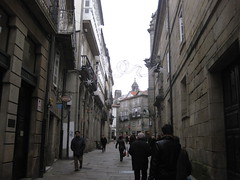 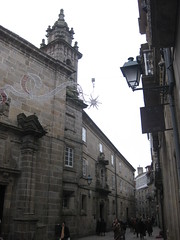 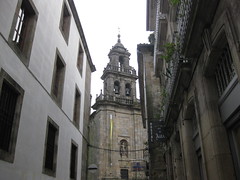 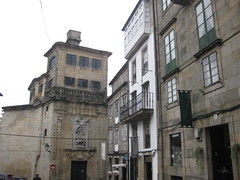 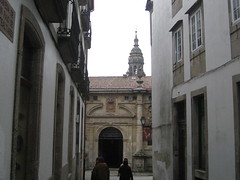 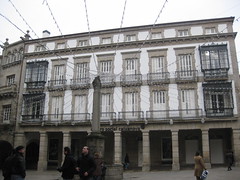 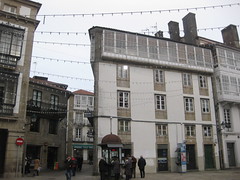 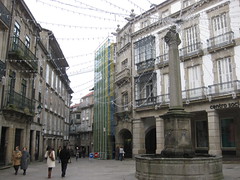 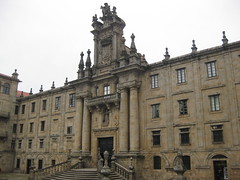 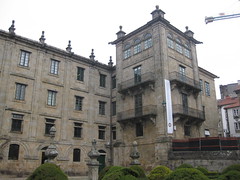 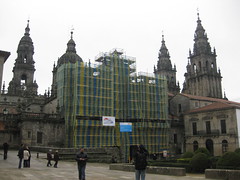 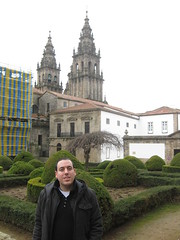 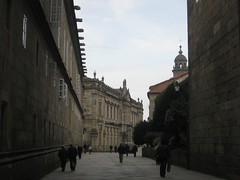 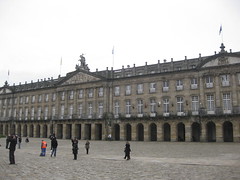 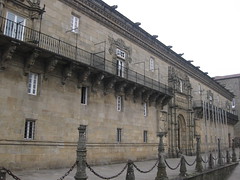 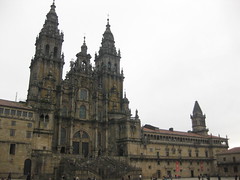 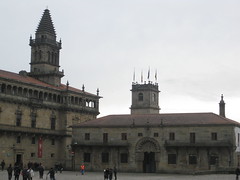 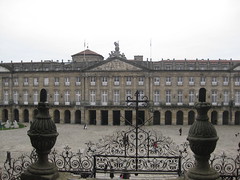 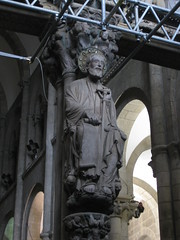 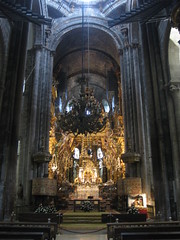 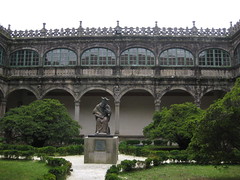 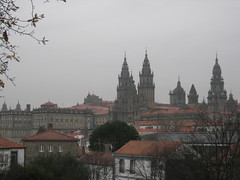 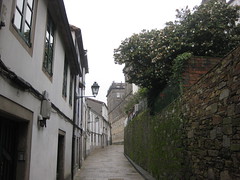 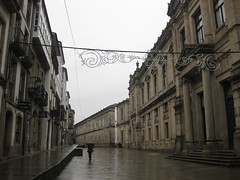 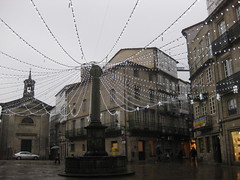