Santa Ana - El Salvador
Share it with the world

Santa Ana is the third largest city in El Salvador, and without any doubt the most beautiful in the entire country that we visited, for the amount of well preserved colonial architecture and great shape and care of everything, even if the refurbishment and restoration of many buildings is still ongoing. Important to add here is that after the extreme disappointment of the disastrous capital city San Salvador, and overall the entire country, it is this area on the west where you can find really pretty villages and charming little cities right in the middle of unspoiled nature. While we decided to do the Maya Route, you can also do what is called the Route of the Flowers which for sure you won’t be disappointing, to the point you will actually keep a great memory of your trip to El Salvador.

For us, unfortunately, time was on our back all the time, and I did not even heard about the Route of the Flowers until after our Maya Tour and Santa Ana. This meant leaving us without any possible change of plans around to get onto that tour.

Santa Ana for us was one of the highlights in the Maya Route. So right after visiting Joya de Ceren and San Andres, our guide took us to Santa Ana where we had time to explore this beautiful city and enjoy lunch on what was another splendid sunny and hot day. It is true we would have welcomed to spend a bit more time in this city, but the overall tour was already long and busy enough therefore it just hit the spot. It was perhaps some 3 hours no more until returning to the transit and move on to the last site of this tour, the ruins of El Tazumal, nearby.

I would not imagine myself in the other hand coming to Santa Ana to spend an entire day. As said before, probably in 4 hours at most I would have finished the entire sightseeing, ending without anything else to do. That’s why this city works perfectly if in combination with other places and on an organised tour.

For more information about Santa Ana check Wikipedia and Wikitravel sites. The currency in El Salvador is the North American Dollar. Please note that any price reference is true as from when this guide was created, therefore check prices in advance as with the time they change.

What to see and do in Santa Ana

Coming to Santa Ana from San Salvador is very easy task. It’s is 65 km northwest of the capital along the Panamericana Highway. If you are planning on coming here on your own without any pre-booked tour (Maya Route or Ruta de las Flores), you will need to go to Terminal de Occidente bus station located in Bulevar Venezuela, between 49a y 59a Avenida Sur.

Bus R201 departs the terminal every 10 minutes, costing US$0.90, a bit more if you take the “Servicio Especial” with nicer buses and more comfortable seats and space. The trip takes around 1 hour and arrive in Santa Ana’s 15a Calle Poniente Terminal through middle stops in Metrocento, 31a Calle Poniente y Santa Ana California (INSA) and 31a Calle Poniente y Avenida Fray Moraga. You can, however, tell the driver to stop wherever suits you best. Bear in mind the last returning buses towards San Salvador leave Santa Ana no later than 19.00pm. Make sure you are making your way back before that time!

Within the city there is no need to take nay public transportation to move between sights. Everything is within easy reach with nice and beautiful streets to walk around.

If in the other hand you are looking for an organised tour to visit more places, I can strongly recommend you the Maya Route, where you will get to visit the best Maya sites in the country and a guided tour of the city of Santa Ana. We found the best deal at www.getyourguide.co.uk. We have used them in the past and were extremely satisfied. Simply search for tours in El Salvador and select the desired one. Ideally the one under the name: From San Salvador: Archaeological Route Full-Day Tour. That’s the one we took. With it, entrance tickets are also included, so all you will have to pay by yourself is lunch and refreshments whenever you need it. You will have a guide to explain you everything and take you around. You will be picked at the hotel and so dropped off, driven from place to place and have more than enough time at each of the sites to enjoy as you wish. Without doubt, the best one we could find.

Since this was a day trip from San Salvador we did not stay overnight anywhere along the route we did. And while bearing Santa Ana as the 3rd largest city in the country where you can find larger properties, some of which worldwide chains; there are no international hotels elsewhere but instead, family run businesses, many of them from the look of it at least from outside, really nice, hosed in small colonial buildings. 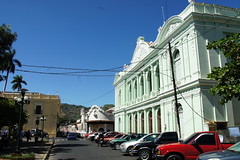 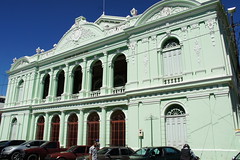 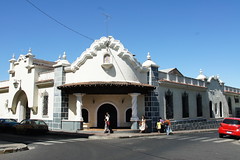 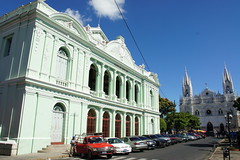 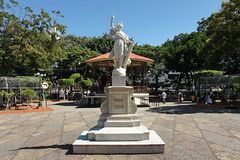 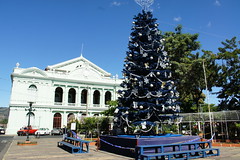 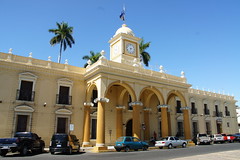 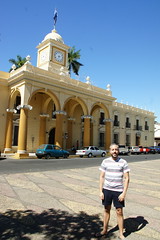 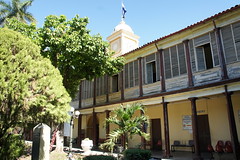 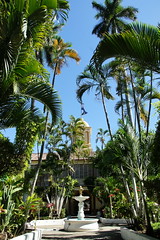 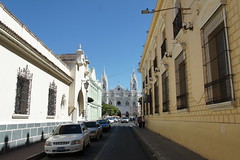 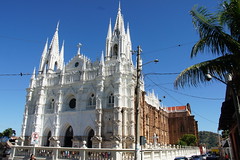 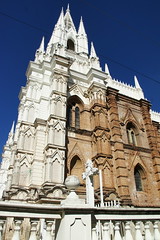 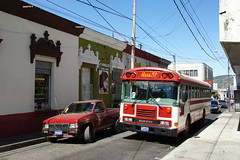 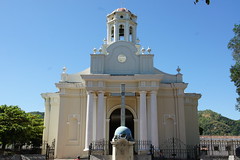 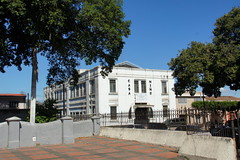 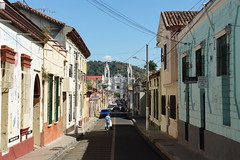 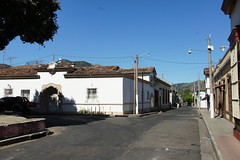 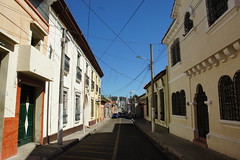 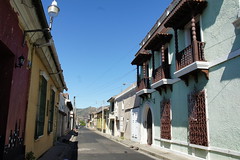