San Salvador - El Salvador
Share it with the world

Continuing southeast on our Central America trip after Guatemala and Honduras, we arrive to San Salvador, the capital city of the next country in our list. Country visited number 75 to this date! That’s a whopping number already, and for the many more to come year after year, fingers crossed. And what a day to arrive here, New Year’s Eve. This is not the first time we are at some random destination and/or trip for this date. I can still remember Mexico City 2 years ago, Hong Kong 3 or Varanasi already 4 years ago. I do not need to have a party at all on this day, I rather prefer travel anywhere, and even if I have to eat for dinner a take away, I would be very happy to do so, as long I am somewhere in the world. We had in any case a really nice dinner and party at the hotel.

El Salvador, likewise any other Central American country, lies in the extremely active Ring of Fire, with many active volcanoes everywhere. You do not need to look any far from the city, and you will clearly see San Salvador Volcano (or Quetzaltepec). Volcano eruptions and earthquakes are responsible for the destruction of majority of the original historical buildings from the Spanish colonial times. The current reincarnation is a modern city with quite poor and decaying infrastructure that will barely coop with a possible strong earthquake. No wonder why the Spanish nicknamed it “El Valle de las Hamacas (The Valley of Hammocks)” in allusion to the need for beds that would sway with the earth’s movements during an earthquake.

Classical, ne-Gothic, art-deco and modernist architecture now fills the streets, with an ongoing frenetic construction round the clock in the new outskirt areas around the wealthier neighbourhoods. Still, if you are having in mind visiting the city, you will be certainly disappointed. Really few buildings are worth, while the rest of the city centre is an eyesore of chaotic and dirty rundown streets among an uncertainty of safety concerns. I can honestly say that walking around San Salvador has given me the feeling of one of the most unsafe place I’ve ever been to, however and very important to mention here, it was also one with such a thriving nightlife and amount of bars and discos full of great people, that somewhat it really confused me when having this points in a balance.

The major reason why to come here is because of its location, more or less at the centre of the country, making it a perfect base for touring the rest of country on day trips. This was our plan for the next 5 days, yet still, we could not let go the chance to visit the city that was established as the first capital city in Central America by the Spanish in 1525. Give yourself something like 4 hours maximum and you will be done. For us, the rest of the day was well spent at the hotel’s pool and resting after the busy long days we had before.

For more information about San Salvador check Wikipedia and Wikitravel sites. The currency in El Salvador is the North American Dollar. Please note that any price reference is true as from when this guide was created, therefore check prices in advance as with the time they change.

What to see and do in San Salvador

-Metropolitan Cathedral Built in the 1950s is the largest in the country and seat of the Archbishop of San Salvador. A blend of baroque and eclectic styles.

-National Palace Occupying one of the sides is this glorious building constructed in 1905 in as a mix of Gothic, neoclassical, and renaissance styles on the place of the previous palace. Now it’s the National Archive.

-National Theatre Built in 1917 in French renaissance style with rococo and art-nouveau touches, is considered as one of the most elegant in Central America. The main façade overlooks the smaller Morazan Square.

-Gerardo Barrios Statue Unveiled in 1909, in the middle of the square, depicts the battle scenes and the shield of El Salvador.

-Monument to the Heroes Commemorates the first centenary of the “First Cry of Independence” in 1811. It depicts and angel holding a laurel wreath in both hands.

-Portal la Dalia and Portal de Occidente Both built between 1905 in 1917 to further enhance the unity and beauty of the square and commercial activity with their arched porticoes at street level.

-El Rosario Church Built in the 1970’s it resembles an airplane hangar from the outside. Don’t just judge the awkward exterior appearance, inside can be unexpectedly beautiful because of the multi-colour glass.

Comalapa International Airport is the largest in the country, and third largest in Central America by number of passengers transported. It is located 50 kilometres to the south from downtown San Salvador. The cheapest option to get to the city (yet not the fastest) is by taking bus 138 at the cost of only US$0.7o. A much faster way is to take one of the shuttles offered by Taxi Acacya, for a fixed price, that departs from the arrivals terminal to their office at 3A Calle Poniente with 19A Avenida Norte. A normal taxi has the fare set to US$28. If they ask you for more then try to negotiate or wait for another.

Overland transportation from other Central American countries is very popular and extremely reliable in absolutely comfortable buses. Most of the services within countries are first class and include meals on-board in the price of your ticket, plus refreshments and tea/coffee. This is how we came from Guatemala City, on the Pullmantur Bus service, departing at 07.00 am and arriving in San Salvador at 12.00 pm. *Please note that the duration of the journey can be longer, and depends on the border crossing and passport control.

Within the city it is easy to grab a local bus along any street. There are everywhere and all are clearly numbered. People will help you with the route (if they speak English), but other than that, the only option left is taking a taxi should you need to go any farther, otherwise the old town area is perfectly reach on foot where you can visit the majority of the sights. Distances are not big within this area of the city, and the farther you might need to go is to the Monument to the Savior of the World for which I will not recommend you to walk all the way as the city is not very safe, but instead take a bus there. Any bus heading to the west or Santa Tecla will have a stop right there. 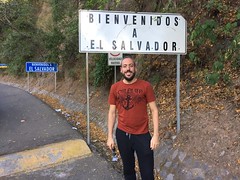 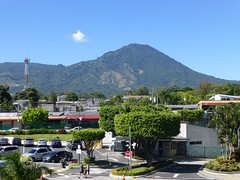 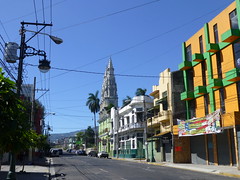 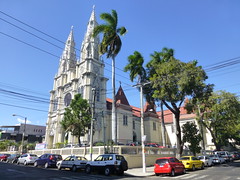 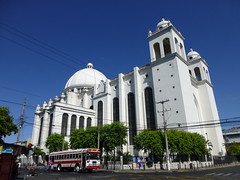 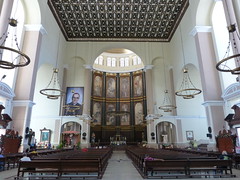 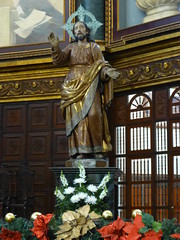 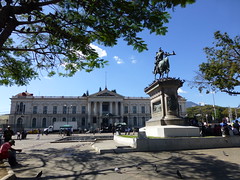 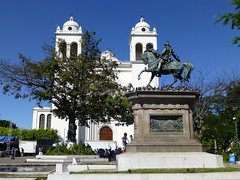 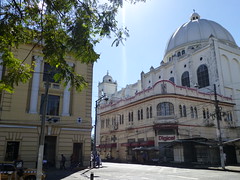 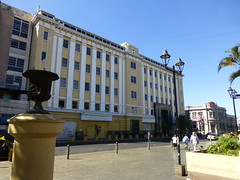 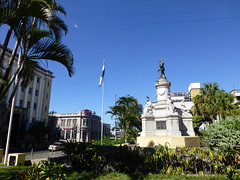 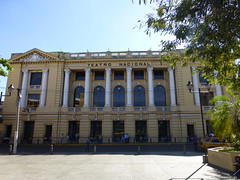 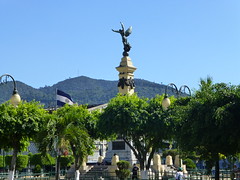 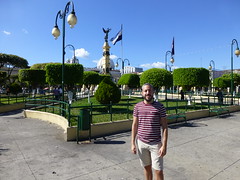 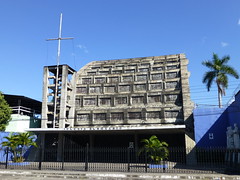 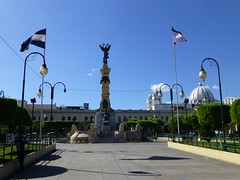 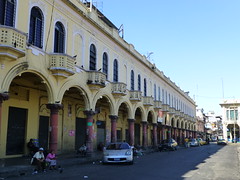 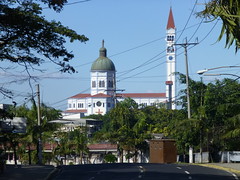 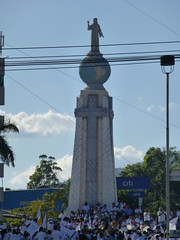 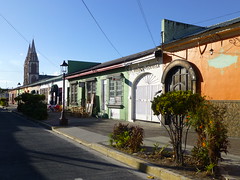 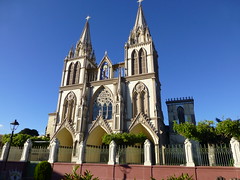 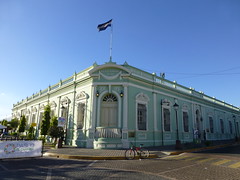