San Miguel - El Salvador
Share it with the world

Our last day in El Salvador, and as planned some months ago, it would be for visiting the city of San Miguel in the east of the country, not far from the border with Nicaragua. Although being the 4th largest city in the country, it was the most difficult to find accurate information over the internet, or good pictures to make a judgement prior our planned trip. After our visit, I no longer wonder why the lack of proper information, or why not even a realistic map of the city. Well, there is nothing, NOTHING to make this trip worth it at all. It was completely a waste of time and entire day. Spending almost 3 hours on the most annoying ever bus ride to get there, and the same to return was a killer for just arrive there and see everything is a complete disaster, ugly and not worth it at all.

Yes it is true the city follows the very same plan as any Central American city or specially how the cities in El Salvador are planned, with a central square where the Cathedral and theatre is, and then 3 primary churches completing an alignment with the Cathedral as a cross and clearly marking north/south, east/west. That, is all there. And even though the Cathedral is a much newer reincarnation after the original was severely damaged on an earthquake, still a nice building. But all the hassle for only 4 religious buildings and a theatre does not make any sense whatsoever and if you have the chance now that you are reading this, do not waste your time and plan something else instead.

If I was somewhat disappointed when visiting San Salvador, unfortunately San Miguel topped it all. Every street is kind of a mess of non valuable buildings. Do not expect to see here colonial architecture since that is long time gone after many earthquakes and volcano eruptions. A very unfortunate location for a city right through the Ring of Fire. Don’t take me wrong but majority of the Central American large and/or important cities have suffered the same fate, but knew how to rebuild themselves and how to protect them in many cases like Antigua in Guatemala, Leon or Granada in Nicaragua, Panama City and many others.

For more information about San Miguel check Wikipedia and Wikitravel sites. The currency in El Salvador is the North American Dollar. Please note that any price reference is true as from when this guide was created, therefore check prices in advance as with the time they change.

What to see and do in San Miguel

Reaching San Miguel is very easy and straightforward from San Salvador. You will either need to go the Terminal de Oriente bus station, or Plaza Mundo shopping centre. Bus R29 links Metro Centro mall with Plaza Mundo mall through downtown San Salvador for US$0.25. If you have the option, try to avoid getting off at Terminal de Oriente but instead continue to Plaza Mundo. Right over there where the R29 stops, you can grab bus R301 towards San Miguel. This is in any case the very same bus that start/ends in Oriente. It runs at frequencies of one around every 15 minutes, and takes approximately 2.30 hours. The fare depends on type of bus. An air-conditioning new-ish “Super Service” will charge US$5, while the common normal service charges US$3. The drop-off in San Miguel is near downtown, less than 10 minutes away from the Cathedral.

You must remember that the last 301 bus departs San Miguel at 16.30pm, so make sure you leave the city before that time to avoid being stranded or having to commute through different routes changing at random places.

Within the city there is no need for any public transportation. All the sights are within easy reach on foot, and let’s face it, there are not really many sights to see either. You will be rather suffering from the extreme heat on the short walk through the city than anything else.

Since this was a day trip from San Salvador we did not stay overnight anywhere along the route we did. And while San Miguel as the 4th largest city in the country where you can find larger properties, some of which worldwide chains; there are no international hotels elsewhere but instead, family run businesses, many of them from the look of it at least from outside, really nice, hosed in small colonial buildings. 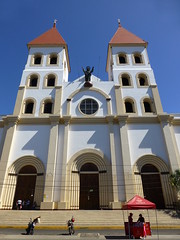 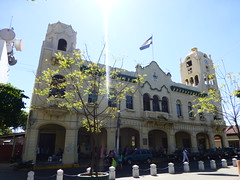 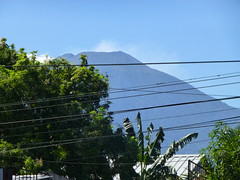 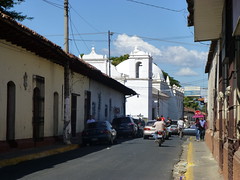 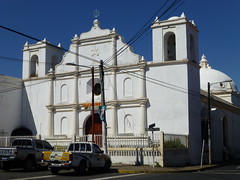 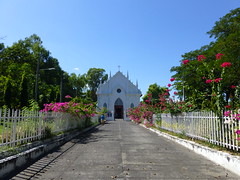 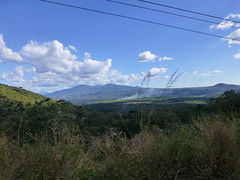 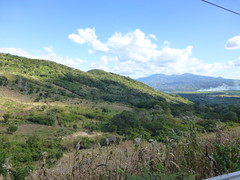