And here we are at the end of our trip across some of the major cities of the USA, reaching one last city before the return back to London: Providence, the capital of the State of Rhode Island. In fact, another city and State I’ve never been before hence adding to the list one more place visited in this huge country. Leaving this city to the end of the trip was also nicely appropriate since it is small enough to enjoy without any rush, and knowing how tired we already were after three full weeks non-stop, it was great to have this day out from our base back in Boston for a rather chill-out and relaxing tour.

The city is one of the oldest in the country, founded back in 1636 as one of the original Thirteen Colonies, almost at the time of Boston merely couple of years before; but was the first to renounce its allegiance to the British Crown on May 4, 1776 yet the last of the now ex-colonies to ratify the United States Constitution on May 29, 1790. That was the 9th largest city at the time at less than 8000 people, but thrived through the following years, especially after the American Civil War when it became one of the wealthiest cities in the country at the turn of the 19th century in part due to the heavy industrialization and manufacturing. Not so positive was the collapse of the heavy industry from the 1970’s that took toll on every city with a dramatic increase of poverty and crime.

Likewise it was in Baltimore or Milwaukee (but many more of the “belt-cities”, only listing here the ones we’ve visited this time), the urban regeneration set in place from the 1990’s onwards have transformed a decadent city into a great example not only in the country but in the world on how a proper plan, good management, great ideas and a good will can switch and drive a city into a thriving place and a boom in tourism. Believe me when I tell you Providence is a city that will surprise you and overturn your expectations.

For more information about Providence check Wikipedia and Wikitravel sites. The United States of America currency is the Dollar (USD, $). Please note that any price reference is true as from when this guide was created, therefore check prices in advance as with the time they change.

What to see and do in Providence

-Rhode Island State House Built in the neoclassical style was completed in 1904, relegating the rather old and small Old State House.

-Railway Station Southeast from the State House in the same park that was created above the tracks.

-Palace Mall The largest shopping centre within the city, dating from 1999 was designed to resemble the industrial past of the city.

-Former Union Station Right across the Woonasquatucket River and Palace Mall. Originally built in 1892, was replaced by the new underground station in 1988. Overlooks the Burnside Park and Kennedy Plaza, the main square in Downtown.

-Burnside Park and Kennedy Plaza The main park and square in Downtown, surrounded by some of the major landmark buildings.

-Providence Baltimore Hotel Built in 1922 in neo-Federal Beaux-arts style becoming a landmark ever since its construction.

-City Hall Built in 1878 in the Second Empire Baroque style.

-Industrial National Bank Building The tallest building in the State of Rhode Island at 130 meters. Built in the 1930’s as the most prominent art-deco structure.

-50 Kennedy Plaza Built in 1985 in postmodern style, in red cladding and blue windows, a nice addition to the skyline in this section of the city.

-One Financial Plaza The 3rd of the high-rise buildings in the same row, was built in 1973 and stands as the second tallest in Rhode Island.

-Federal Building Along the eastern side of the square, built in 1908 as a courthouse for the United States District of Rhode Island.

-Post Office The next building after the Courthouse, in neoclassical style.

-Westminster Street Right behind the Burnside Park and Kennedy Plaza, is one of the principal and most charming streets crossing the Downtown, with nice buildings at both sides.

-Westminster Arcade The oldest enclosed shopping mall in the country, dating from 1828 as one of the finest examples of Greek Revival architecture.

-Weybosset Street Parallel to Westminster St, where the most interesting buildings are right behind the Westminster Arcade.

-Johnson & Wales Gaebe Commons A bit west along the street from the back of the Westminster Arcade. Belonging to the University, it has dorms, library and dining halls among nice gardens in a beautiful building.

-Old Custom House Built in 1855 it is one of the great sights in this part of the street together with all other houses in the area.

-Turk’s Head Building Right behind the 50 Kennedy Plaza at the very end of  Weybosset Street. Built in 1913 it is one of the oldest high-rises in the city, with influences in the design from the Flatiron Building in NYC.

-Waterplace Park Along both banks of the river, was created in 1994 as part of the regeneration, gentrification and beautification of the city. Nowadays one of the major landmarks for locals and tourists.

-WaterFire An art installation that consists of bonfires which blaze just above the surface of the three rivers that pass through the middle of downtown Providence. Here the official website with the information and schedule.

-Main Street Running north to south parallel to the riverside and aligned by plenty of Victorian and Federal style houses among landscaped parks by the river.

-First Baptist Church Founded by Williams in 1638 although the current building dates from 1775. The oldest Baptist church congregation in the United States.

-Market House Built in 1775, similar to the Faneuil Hall in Boston.

-Providence County Courthouse Facing the river and the park, was completed in 1930 in Georgian style.

-Old Stone Bank From 1854, was back then a prime example of bank architecture.

-Benefit Street contains an outstanding collection of 18th and 19th century houses and mansions along its length. It’s the next parallel to Main Street.

–College Street Leading towards the Brown University. Dating from the 1700’s contains many historic buildings from every era ever since its foundation.

-Prospect Terrace Park Located on Congdon Street, in between Benefit and Prospect Streets, offers great views of the entire downtown below.

-Old State House Built in brick-Georgian style, served as the state’s capitol from 1762 to 1904. It was here that on May 4, 1776, the General Assembly declared its independence renouncing its allegiance to the British crown. In Benefit Street across Prospect Park.

T.F. Green Airport is the main gateway into the city by air, however it is only connected to the national routes, lacking international destinations. The main nearby alternative is Boston Logan Airport, merely an hour away.

Coming overland will perhaps be your way into Providence, and highly likely as a day trip from Boston. This is in any case, how was from our experience. Frequent trains and buses take around an hour from one city to another.

Once in the city, distances are really short between sights and even the most touristy neighbourhoods. There is no need for taking any public transportation. It is one of the most pedestrian friendly cities in the USA, and a pleasure to walk everywhere because of its nice parks, squares and nicely landscaped and gentrified streets.

Since this was a day trip from our main base in Boston, there is little I can say about accommodation here in Milwaukee other than the usual, checking some of our preferred affiliate hotel search engine such as Hotels.com, Booking.com, Expedia, Otel.com, Agoda, Opodo, LateRooms or Ebookers. For all the information about hotels in Boston, check that respective guide. 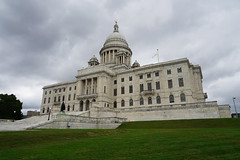 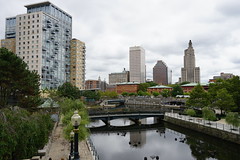 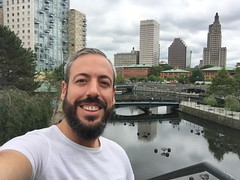 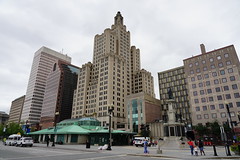 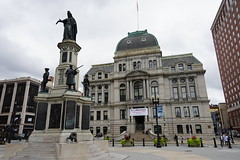 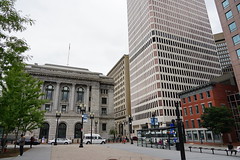 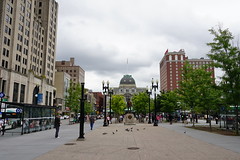 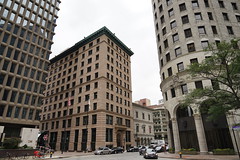 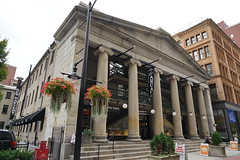 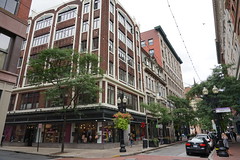 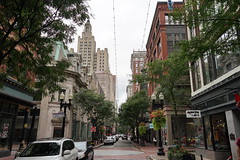 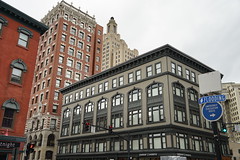 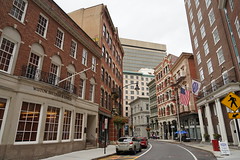 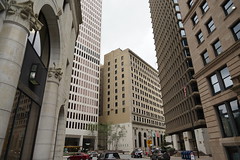 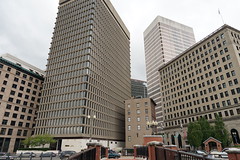 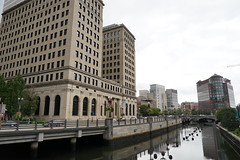 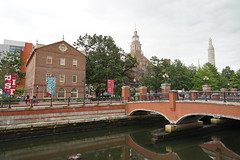 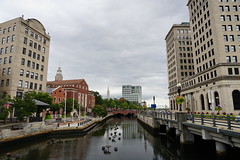 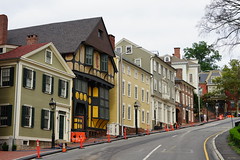 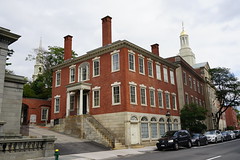 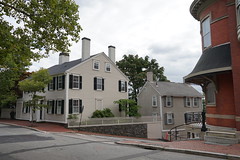 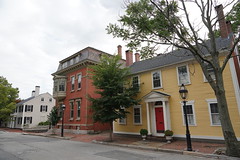 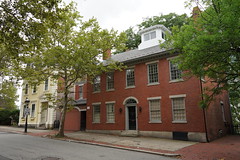 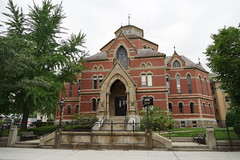 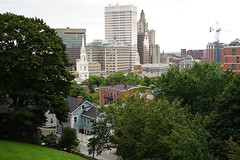 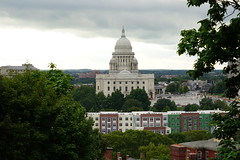 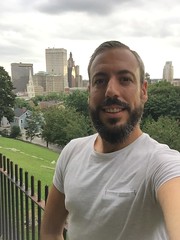 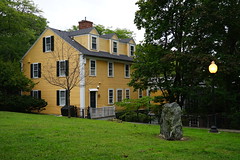 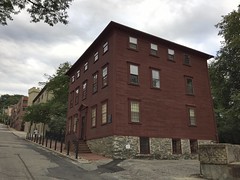 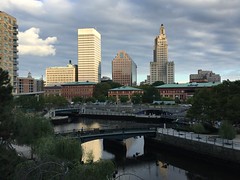