Capital of the 2nd newest country in the World

Squeezed in between the 2 days we were meant to spend in Skopje, Republic of North Macedonia, this has been by all means one of our oddest destinations ever, probably the weirdest so far to this date for sure. The capital city of Kosovo, Pristina. Yet in the other hand we could not resist the temptation of being so near and not going, specially for how convenient it was to move between both countries of Republic of Macedonia and Kosovo by bus. Skopje to Pristina is barely 80 kilometers far from each other, and the border was in fact very straightforward and quick, not even 15 minutes to pass both sides in either direction.

For us, believe it or not, it was very important to do this trip and to tick another country from the list of countries visited, furthermore knowing that we might not even return here (I don’t see a good reason why); or at least, for a long time and probably only to visit the second largest city which in turn, is the most beautiful and historical; Prizren, and where you can also find one of the four monasteries inscribed in the UNESCO World Heritage Site list as part of the Medieval Monasteries of Kosovo.

Another of such UNESCO monasteries is just 7 kilometers south of Pristina, Gračanica, which was an obvious stop in our journey and one of the highlights in the trip. And with it, another World Heritage Site ticked off the list.

That we speak about Kosovo as a country might lead to confusion to some people. It self declared independence from Serbia on 17th of February 2008. This makes it the 2nd newest country in the world after South Sudan. As of March 2015 there are 110 nations that recognize Kosovo as an independent country. And among them is not yet Spain. Funny wise that the first country stamp I got in my brand newly renewed passport, on page 1, is Kosovo, country that does “not exist” for Spain, citizen I am from. Anyway anecdotes aside.

The city itself has almost nothing to see, I am honest with it. Just few noteworthy buildings here and there, and some nice Ottoman architecture in the Bazaar area (the old town), but nothing else. We arrived at 13.15pm and left on the 17.00pm bus back to Skopje, and had time enough for a nice relaxed lunch and the visit to Gračanica Monastery. I could not imagine staying any longer than this because there is nothing else you can do. It is all because of the unfortunate events that have occurred in the area, some being natural disasters like the earthquake that hit most of the Balkans countries in 1963, others being the recent Yugoslavian War, and others being just silly by destroying historical buildings to make way for newer ugly communist style housing.

For more information about Pristina check Wikipedia and Wikitravel sites. Kosovo’s currency is the Euro (EUR). Please note that any price reference is true as from when this guide was created, therefore check prices in advance as with the time they change.

What to see and do in Pristina

-Great Hamman It luckily escaped being demolished and it is today very well restored. Dating back from the Ottoman era, built in the 15th century. Nowadays it is the Museum of the City.

-Clock Tower Built in the 19th century, was having a bell made in Moldova from 1764 which unfortunately was stolen in 2001.

-Faith Mosque Built in 1461, located next to the Clock Tower, also known as the Imperial Mosque.

-Carshia Mosque Is the oldest mosque in the city, built during the Ottoman era in the 15th century. Also known as the Market Mosque as its located in the old bazaar area.

-Shadërvani Fountain Right behind the Carshia Mosque is the only surviving public fountain in the city.

-Jashar Pasha Mosque Built in the 16th century during the Ottoman era, has many similarities with the Carsi Mosque. Unfortunately the original portico was demolished in order to make way for a new road.

-Academy Building Located beside the Jashar Pasha Mosque was built in the 19th century in Ottoman style.

Getting to Pristina by plane is the most direct and fastest way. It has a fairly new and expanding airport with more and more routes being added and more airlines taking on routes to/from Pristina. Easyjet and WizzAir already offer some good connections to other European cities.

Being such small landlocked country, it can easily be reached by the neighboring countries by bus and by train. The most common, fastest and easiest way for tourists to reach it is via Skopje in the Republic of Macedonia with hourly buses in both directions. It is barely 2 hours drive, depending on the border, but usually just 1.5. It takes less than half an hour to reach the border FYROM-Kosovo. From Albania there are twice daily services to/from Tirana. More frequent to Belgrade, and overall, farther beyond. Railway connections are unfortunately very slow on a rather extremely depressing trains and poor service, but for train lovers the landscapes along the lines are very beautiful.

Within the city there is absolutely no need for any public transportation. The city center is really small and the few sights are located near each other, for what walking is an easy task in this city.

Since we did not stayed overnight in Pristina, I did not have to search information about hotels and therefore cannot say much here. In any case do not expect a big choice, although slowly there are more and more hotels being constructed and chains attracted to the city. Nevertheless, after a test search in some of our preferred affiliate hotel search engine such as Hotels.com, Booking.com, Expedia, Otel.com, Agoda, Opodo, LateRooms or Ebookers, it retrieved a good amount of hotels including some 5* properties and all at very good prices, at least for the precise same dates we were there. It was cheaper than the overall cost of hotels in Skopje back in Republic of Macedonia where we stayed overnight. 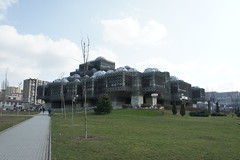 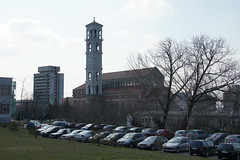 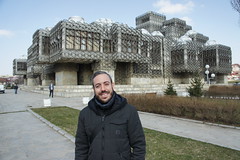 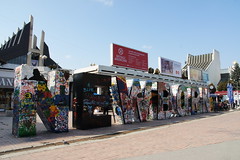 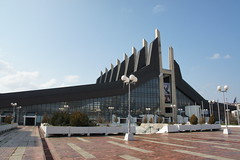 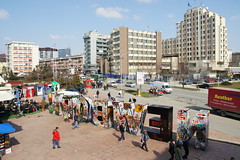 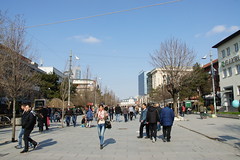 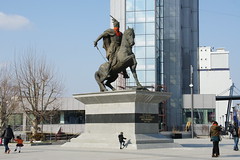 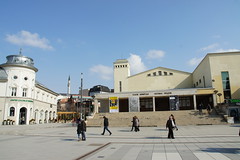 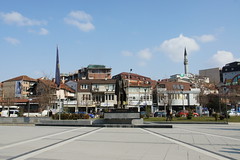 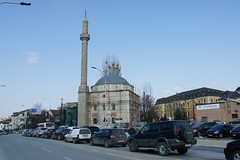 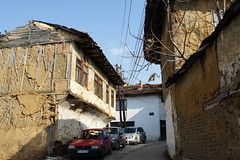 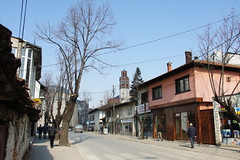 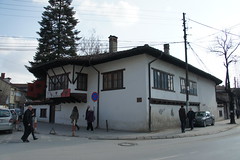 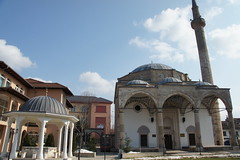 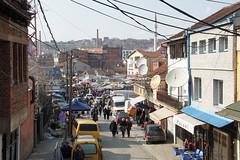 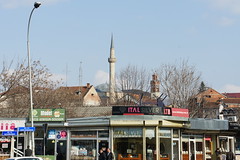 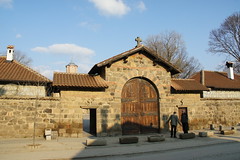 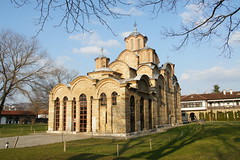 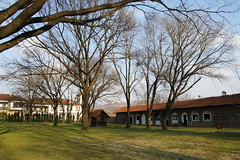 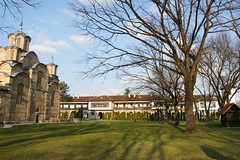 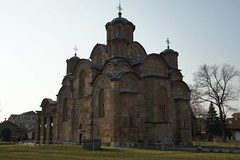 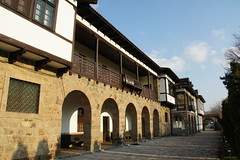 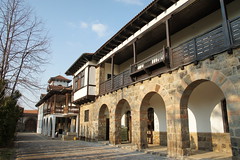 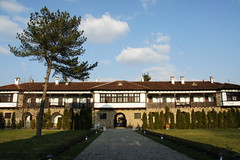 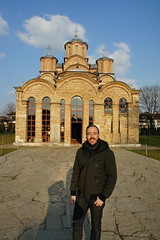