An extremely very last minute holiday booked just 2 weeks before the flight to one of the less expected destinations, if I ever even considered to visit. However, thanks to Ryanair’s new route to Podgorica from London at that great introductory offer it was hard to resist the temptation for something else in this trip: crossing the border and finally visit Albania, aiming for Tirana and Berat. Another country to tick off the list, meaning up to this date there are only 5 more countries remaining in Europe to complete the visit to them all, 50 no less.

It was over 4 years since our first and only time in Montenegro, back them of course at the historic and touristy coastal cities of Budva, Kotor, Sveti Stefan and Bar. If you check these guides please forgive me if they are not that complete and descriptive as the ones from the recent years. It’s been a long time since I created them right at the beginnings of my blog project. Now, if you need some notes to compare both visits, then let me tell you it is impossible to do so. Podgorica has really nothing to see and do because it was heavily destroyed during WWII. Majority of its former Ottoman old town disappeared forever, and the “new city” that raised was the typical East Europe Soviet style with huge communal blocks, ugly with no sense for architecture whatsoever, just functional.

The entire city was built under this terms, yet still the small old town was spared some streets and rebuilt in part. Then, what was the reason to come here if there is nothing to see? Easy, our flight was landing here so why not to give it a go, briefly do the sightseeing and enjoy some delicious and cheap food before starting our way into Albania. It worked great for us; after all, we only spent 4 hours here including the lunch time.

There’s not much more to be said in this brief introduction to the city, however for more information about Podgorica check Wikipedia and Wikitravel sites. Montenegro’s currency is the Euro (EUR). Please note that any price reference is true as from when this guide was created, therefore check prices in advance as with the time they change.

What to see and do in Podgorica

-Sahat Kula (Clock Tower) Like it was traditional in the Ottoman cities, it survives without changes, located on the eastern edge of the old town at the square that divides it to the new town.

-Depedogen Fortress Built in late 15th century by the Ottoman, on the northernmost corner of the old town at the confluence of the Ribnica with the Morača rivers.

-The Old Bridge (Adži-paša’s Bridge) Connects the lower area of the fortress hill across the Ribnica River. Originally built by the Romans, was reconstructed in the 18th century.

-Osmanagića Mosque Built by Hadji Mehmed in the late 18th century laid in ruins after WWII until 1997 that was rebuilt.

-Republic Square (Trg Republike) The largest square in Podgorica, in the perfect centre of the new town district.

-Blažo Jovanović Bridge The first of the bridges dividing the old town from the new town along the Bulevar Svetog Petra Cetinjskog. Mentioning here only because of the great views you can get from the middle of the other bridges and the old town fortress.

-Gazela and Moscow Bridges The next two bridges are pedestrian and again, there are nice views from them, specially from the Moscow one towards the Millennium Bridge.

-Millennium Bridge One of the landmark constructions in the city. The most beautiful view if that of both the Moscow and Millennium from the west bank of the river in the viewing point specially designed for this.

The International Airport is 11 kilometres south of the city centre. Although small, and being a city not included in anyone’s tourist plans, there is however a decent choice of destinations served across Europe. Tourists head directly to the coastal historical cities rather than spending any time in Podgorica.

Overland transportation is good withing the country either by rail or bus, international routes include the main rail line Belgrade-Bar and international bus routes towards Serbia and Albania. However it is limited to very few departures daily as is one bus in each direction to/from Podgorica-Tirana.

Within the city and due to its very reduced size there is no need for taking any public transportation which in any case is only composed of a bunch of urban and suburban buses. The old town is so small that walking side to side is matter of minutes.

Although we did not stay overnight in Podgorica on our arrival, we did stay on the last night before taking the flight the following day to return to London. There is a good selection of hotels of any kind from the top names to the modest ones and all in between. Of course this is not a big choice but good enough with all the big hotel names in the city. A good and reasonable point to start your search is by checking some of our preferred affiliate hotel search engine such as Hotels.com, Booking.com, Expedia, Otel.com, Agoda, Opodo, LateRooms or Ebookers.

Because of our needs, there was not really any reason on why to get something expensive or top of the class but instead something nice yet modest for just a night, and it worked really well indeed! We stayed at the Hotel M, in Miladina Popovica 5A. Far from the city centre, however just along the very same road that leads to the Clock Tower, hence very convenient when having a rental car, thus have a private car park area at the front. The staff was very friendly at all times, they gave us a room accordingly to the type we booked and was large and nice, clean with a very comfortable bed. Breakfast, although simple, was good enough to start the day, also they do fresh eggs (omelettes, friend eggs or boiled eggs), they will ask you anyway what you desire. Definitely a good value for money and a great rest which is what we were mostly in need of after the busy trip in Albania the days before. 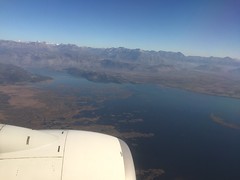 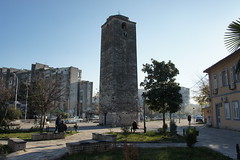 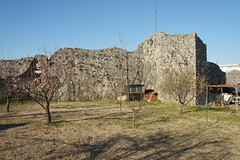 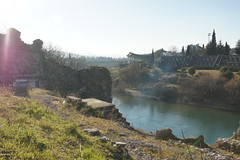 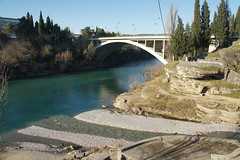 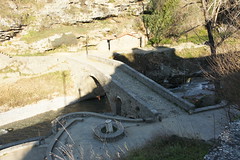 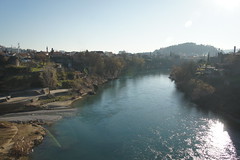 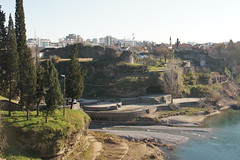 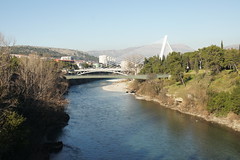 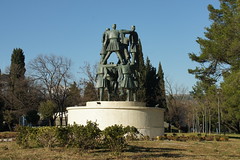 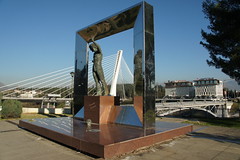 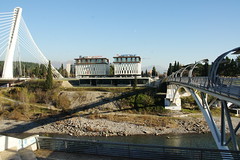 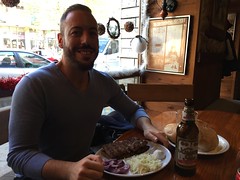 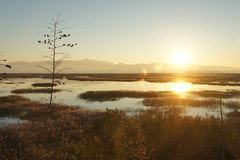 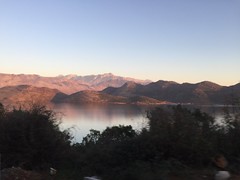 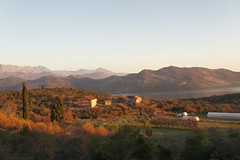 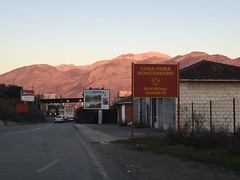