Nesvizh and Mir - Belarus
Share it with the world

An spontaneous and very last minute decision for touring something else in Belarus than only visiting its capital, Minsk; turned out to be one of the highlights in this trip all together. However, it was not an easy task finding out the transportation to get there. But first of all, let’s start by talking about how we found and knew about both these places. At the time I was collecting information about Minsk before the trip, Nesvizh Castle also pop up, but after reading the “complicated” way to reach it I decided to let it go and not going deeper to find out more.

A second attempt came after I finalised the guide for Minsk and discovered that for sure, two and a half days in the city will be way over too much. So as usual I do wherever we travel, I searched for UNESCO World Heritage Sites in the country in case something turns to be nearby. And there is was again, Nesvizh and Mir. I only noted down the very minimal information on how to get there and though on asking someone once in Minsk rather than the almost 0 proper help from internet. And so after our first day in Minsk, and after seeing hundreds of advertisements for visiting the castle, and also the castle of Mir (which I did not have any idea of its existence until this day); our resolution was waking up early and ask at the bus station.

Asking at the bus station did not happen at the end, but at our hotel they gave us all the information we needed, and managed to get there without delay and pretty much straightforward. Not before having to ask at another hotel for further “clarification” and help but all was there at the front of our eyes. I explain below at the next section how to get there and all you need to know with details which are nowhere in the internet.

Nesvizh Castle was built from 1582 by the Radziwiłłs, one of the most important and wealthy clans of the Grand Duchy of Lithuania and the Crown of the Kingdom of Poland. The state apartments are immaculately restored and retain much of the original fittings and decorations from the era. The castle is best viewed from one of the corners with the entrance bridge and the ditch at the forefront, especially because you will get the reflection at the canal surrounding it. Everything inside is open to the public, and taking of pictures is permitted everywhere as long as this is without flash. The entrance ticket costs 130000 or 65000 BYR for students and elderly.

In the little village of Nesvizh, near the castle, don’t forget to visit the Corpus Christi Church. Built in 1603 is considered the first Jesuit temple patterned after Il Gesù in Rome, the first domed basilica with Baroque facade in the world and the first baroque piece of architecture in Eastern Europe.

As for Mir Castle, although it was originally built in at the beginning of the 16th century by Duke Yuri Ivanovich Ilyinich, it passed onto the hands of the Radziwiłłs when the Ilyinich dynasty died out. It was re-designed and enlarged from 1568. Once again, the best views are either from the main entrance at one of the corners where you get to see all the towers, or by the little lake behind it. Tickets costs 100000 or 50000 BYR for students and elderly.

For more information about Nesvizh Castle check the Wikipedia site. For Mir, check this relevant Wikipedia page. The country’s currency is the Belorussian Ruble (BYR). While as of May 2016 there is hyper inflation and you will be paying by the millions, from 1st of July they are cutting 4 zeros! And new notes and re-introduction of coins will take place. Now you can see the prices in both ways, say a package of coffee in the supermarket for 28900, and 2.89. The difference is huge as counting by the hundreds of thousands is quite distressing to a foreigner not used to this. Please note that any price reference is true as from when this guide was created, therefore check prices in advance as with the time they change.

Since it is highly likely you will be arriving to Minsk before coming to any of those castles either on your own or as part of an organised tour, please check the guide for Minsk where you will find all the necessary and important information on how to obtain a visa to visit Belarus, and transports, accommodation and great places to eat traditional food in the city.

There are buses from the central bus station of Minsk, which is next to the main train station at the west of the city. The buses however depart early in the morning, and return at evening. By the time we asked at the bus station there were no further buses until 2.5 hours for the next to depart towards Nesvizh, time we did not really have. Buses are quite limited in frequencies, so have this in consideration and arrive before 8.00am for your better chances.

However, there are hourly microbuses, and that worked great! You have them in both directions either to Nesvizh or to Mir. They are heading farther elsewhere but pass through them en-route. All the microbuses depart from Vulica Kirava corner with Vulica Sviardlova. Here you will see they park in 2 separate areas. One in the semicircular building at the front, and the other just across the road in the longer parking lot. It is from this parking lot where you need to go. It is easy to know you are at the right spot because across the road few meters ahead there is the Crowne Plaza Hotel.

The only hard part is asking any of the drivers (or local people waiting there) for the next departure to Nesvizh or Mir. They do not speak English, and cannot read either Latin alphabet, so we went across to the Crowne Plaza as ask the super friendly and extremely helpful concierge who wrote this for us in Cyrillic and he even came out with us to make sure we were taking the right microbus!

Does not matter the route you take, if first to Nesvizh, then Mir and return to Minsk, or starting first at Mir. The fact is that between both castles you need to get a taxi as there were simply no buses or microbuses (although I am sure there must be something connecting both! I do not believe local people pay for a taxi between).

The microbus to Nesvizh cost us 60000 BYR per person and took around 1 hour. Between Nesvizh and Mir a taxi cost 300000 (up to 4 people so it can be cheap the more you are). And from Mir back to Minsk there are buses and microbuses. It is very important you note down that seats are limited, and local people book online all their journeys, either buses or microbuses. The last bus from Mir to Minsk is at 19.30pm, so make sure you are there for the earlier departures just in case. We were there for the 18.00pm departure and had to wait until the bus was there for people to get in and see how many free seats were still available. It was not a problem and we got in. However, good luck trying to understand the person selling the tickets at the bus station ticket office. We briefly managed to understand we had to wait until the bus was there, but all was actually good and smooth. Everything works great and fast, the only issue is the language barrier. 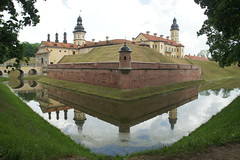 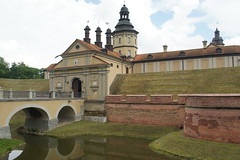 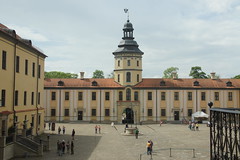 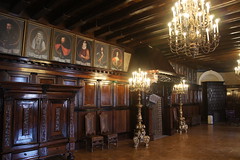 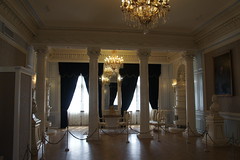 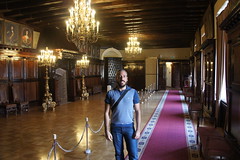 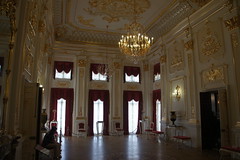 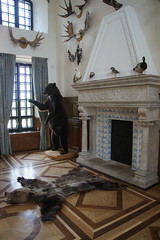 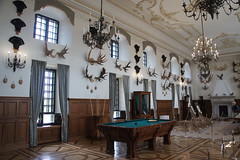 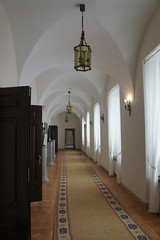 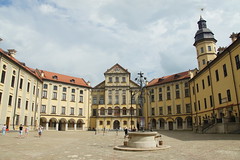 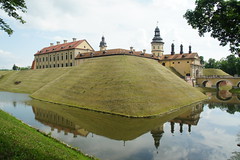 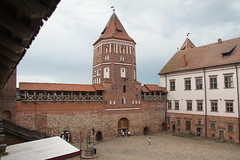 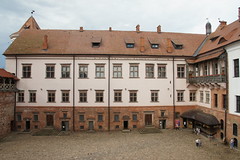 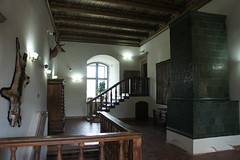 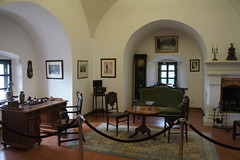 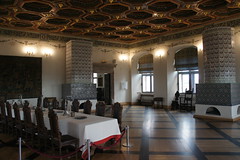 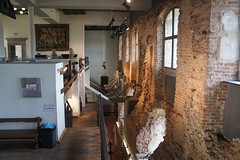 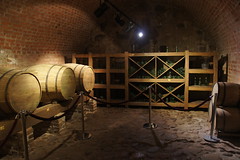 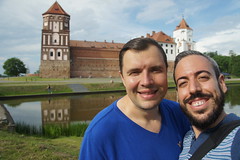 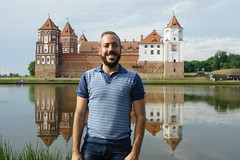 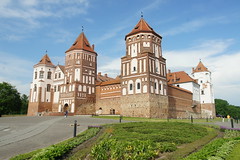