The Capital of Engines

Our second day on this weekend trip and as planned, we used for visiting the small and incredibly beautiful city of Modena. Who has never heard of this name before? Surely you must know for the balsamic vinegar, redundant to say it comes from here. At only 40km away from Bologna and around 30 minutes by train between both, it is the perfect combination you should aim for. Bologna and Modena, two in one for a weekend cultural trip is the ideal.

Being of this size makes it perfect for a day trip, in fact, not even a full day is needed as you will visit everything in much less time, meaning you could use pretty much the entire Saturday if you are coming just for the weekend to Bologna, while Sunday for Modena before heading back to the airport if you have an evening flight back on that day. If you plan to do it other way around then you will be making a mistake because Bologna deserves much more time, unless you’ve already visited it before. It’s quite large in size.

The city boasts two monuments listed as UNESCO World Heritage Sites. Both located at the very heart of the historic centre, the Piazza Grande (meaning Great Square), and the City Hall. It is with no surprise why is that as you will see for your own eyes. Elsewhere, the charming streets full of historical buildings speak for themselves, but remember is very small. Everything is compact and very straightforward with an almost impossible chance of being lost or loosing time trying to locate yourself around.

As for food, again the same applies as in Bologna. You are never far from a great local place serving delicious pizza or pasta bolognesa as it is famous in this region; while of course, a salad will need to have the famous balsamic. And if dinner is what you’re up for, then nothing can beat the “happy hour” places where you buy a drink and get a food buffet included! They call it apericena. OK, do not expect having a huge choice of food, but it is great enough. For around 8 Euros for a cocktail as an example, then you can eat until you wish, although the general will be around 10 to 12 Euros. A fantastic alternative to a proper restaurant, and in truth, a much better way to chill out with friends or rest after a long sightseeing day.

For more information about the city check Wikipedia and Wikitravel sites. Italy’s currency is the Euro (EUR). Please note that any price reference is true as from when this guide was created, therefore check prices in advance as with the time they change.

What to see and do in Modena

-Cathedral and the Ghirlandina Both listed by the UNESCO as World Heritage sites. The cathedral began construction in 1099 and finished in 1184 while the campanile was finished in 1319. You can go up the bell tower, open from 08.00am until 19.00pm except Sunday which opens from 15.00pm until 19.00pm, but closed during the whole of August and some days over Easter. Admission is free, or 1 Euro on Sundays.

-City Hall Also listed as a World Heritage site by UNESCO. The clock tower (Torre dell’Orologio) dates from the 15th century and it is the most recognisable landmark. You can get inside to visit some of the rooms, as the Fire Hall or Chamber of the Confirmed. Open from 09.00am until 12.30pm and 15.00pm to 19.00pm except Sunday which is only open from 15.00pm until 19.00pm, but closed during whole of August and some days over Easter. Admission is also free, or 1 Euro on Sundays. Combined ticket on Sunday for the City Hall and Ghirlandina Tower 1.5 Euros.

The nearest airport is Bologna, just 40km away. Upon landing you can get buses directly to Modena, or from Bologna you have a good train timetable. Modena lies on the north train lines to Milan or Verona therefore easy to reach from any city along the way.

From the train station to the old town or anywhere within the city you do not need any public transportation; distances are really small and the historical area is walking distance to everything. Most of the streets are pedestrian friendly therefore not even buses or taxis can get inside.

Unfortunately on this occasion we cannot recommend any place to stay in the city since our hotel was back in Bologna and we treated Modena as a half day excursion. I would consider if I were you, to also stay in Bologna where you get a greater choice and better prices in hotels, not to mention as being a bigger city, much better night live and options for entertainment. Nevertheless, a good and reasonable point to start your search is by checking some of our preferred affiliate hotel search engine such as Hotels.com, Booking.com, Expedia, Otel.com, Agoda, Opodo or Ebookers. 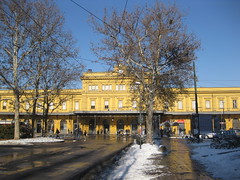 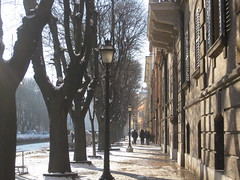 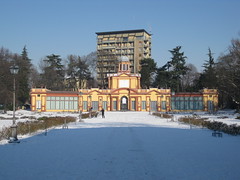 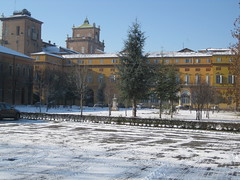 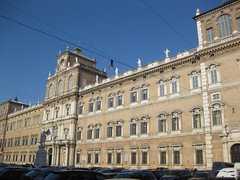 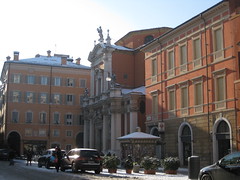 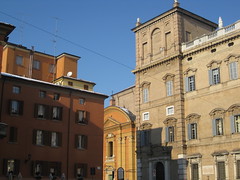 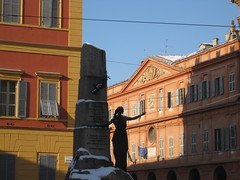 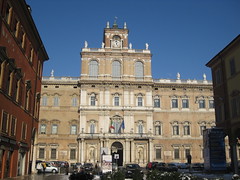 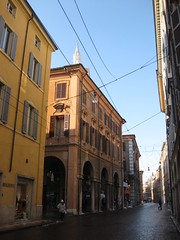 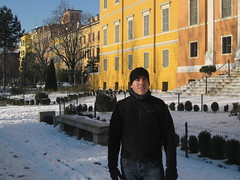 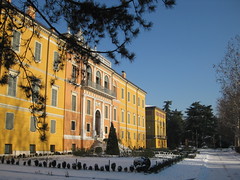 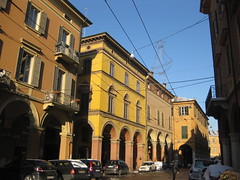 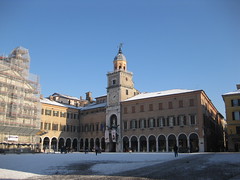 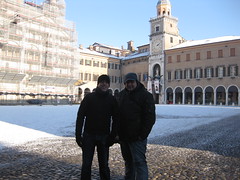 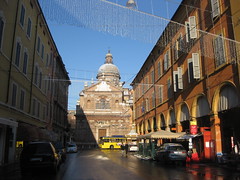 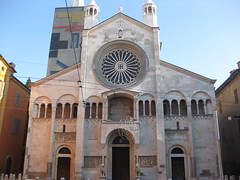 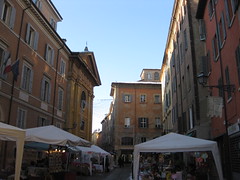