Coming next in our trip while in our base Chicago, we spared one of the days for visiting nearby Milwaukee, the largest city in the State of Wisconsin. Referred by many nicknames, most of them leading one way or another to beer. The Beer City, Brew Town and many more. Not difficult to know the reason why of this. it was back in the 1850’s with the arrival of many German’s immigrants that they created many beer breweries all over this region, not only producing beer for the city but for the rest of the country at the time is was home to four of the world’s largest breweries. Nowadays only one of these remain, Miller.

The city’s architecture is clearly influence by its mostly German past. At points in the city such as the City Hall you can feel as if you were in a German city. Quite elegant and imposing buildings, although unfortunately many great ones have succumbed in the past decades for creating larger blocks and towers. Another most recognisable brand in the world, the Harley-Davidson is from this city. Here you will find the only museum in the word dedicated to these motorcycles in a great building worth for its architecture.

The smallest city in this trip so far, and it will remain as the smallest after we continue towards to the last points in this journey, it is nevertheless a great day out from Chicago to enjoy a quiet visit, relaxing in between the sights since distances are short, and enjoying at any of the plenty bars and restaurants serving fantastic beer of course. Said that, a day is well more than enough, to the point of not needing to get here early in the morning nor returning back to wherever you came from late at night. We did spent 7 hours altogether, and it was the perfect time.

Few notes on food, well it’s quite similar to how this is in Chicago, however less Polish influenced on behalf of German. Good proper sausages, curry-wurst, schnitzel and fantastic beer is not difficult to find, especially around the Old World Third Street. Not expensive, great quality and something different to a burger or a steak right?

For more information about Milwaukee check Wikipedia and Wikitravel sites. The United States of America currency is the Dollar (USD, $). Please note that any price reference is true as from when this guide was created, therefore check prices in advance as with the time they change.

What to see and do in Milwaukee

-Harley-Davidson Museum The only one in the world about these motorcycles, in its home city. Right behind the Intermodal Station, across one of the branches of the Menomonee River.

-Intermodal Station Your likely point of arrival in the city, with both the railway and bus stations. Nothing special in design and nothing else immediately around.

-North 6th Street The main avenue from the Intermodal Station towards the heart of the city centre, passing some nice buildings on the way.

-Hilton Milwaukee The most prominent art-deco landmark in the city.

-Wisconsin Avenue The main artery crossing from the far west to the very east terminating at the Milwaukee Art Museum.

-MacArthur Square One of the largest in the city, a block north from the Central Library, and surrounded by museums and nice buildings among great gardens.

-County Court House Aligning the entire western side of the square, very impressive building from 1931 in neo-classical style.

-Milwaukee Public Museum At the southern side of the square, centred about the city’s history, natural and human history.

-Milwaukee Theatre On the east side, already along the landscaped W Kilbourn Avenue.

-Grand Avenue Mall Completing the circle returning from the Theatre south along North 4th Street down to Wisconsin Avenue again. The largest mall within the city.

-The Grand Wisconsin Hotel In a little square farther ahead continuing east along Wisconsin Avenue.

-Riverside Nicely landscaped and gentrified, with beautiful buildings at both sides. Take the North Riverside Way northwise up to West State Street to reach the “Little Germany”.

-Milwaukee County Historical Society This museum features everything about Milwaukee during the late 19th through the mid-20th century.

-Old World Third Street Or commonly referred as the Little Germany, with many bars and restaurants serving German beer and sausages.

-City Hall Heavily German influenced, it is one of the major landmarks of Milwaukee. It was the tallest habitable building in the world at the time of its completion in 1895.

-Pabst Theatre Opposite the City Hall. Opened in 1895 was the vision of German immigrant and Brewer Frederick Pabst, becoming the premier venue in the city.

-East Mason Street Taking this one towards the east first, passing nice buildings along the way.

-Cathedral Square Just a block north from Mason Street, where you will find the city’s cathedral.

-Milwaukee Art Museum Designed by Spanish architect Santiago Calatrava, one of the largest museums in the country. Returning from the Cathedral back to East mason Street you will reach it.

-The Calling Sculpture Placed in 1981 made of steel beans painted in orange. Marks the end of Wisconsin Avenue, right by the front of the footbridge of the Milwaukee Art Museum.

-East Wisconsin Avenue Back again into the main thoroughfare making the way back, you will pass by some major landmark buildings

-US Bank Center Built in 1973, is the tallest building in the state of Wisconsin.

-Northwestern Mutual South Building Across the avenue from the US Bank, one of the largest neo-classical structures in the city.

-Wisconsin Gas Building Following along the avenue it is just the next building after the previous two. One of the most prominent art-deco examples.

-US Courthouse At the opposite corner of the road intersection. Built in 1892 it is a jewel of Richardsonian Romanesque architectural style.

-Pfister Hotel Next building in this part of the avenue, the most luxurious hotel in the city ever since its foundation in 1893.

-AT&T Building At the intersection with north Broadway Street, another beautiful art-deco example.

-North Broadway The central artery with the most gentrified buildings. Plenty of bars, shops and galleries.

-North Water Street The second most important street in the district, where the famous sign in the shape of an arch over the street reading “Historic Third Ward” is.

The city is served by the General Mitchell International Airport which connects to almost every other city in the country and beyond, although for a vast choice of flights the best option is “nearby” Chicago O’Hare, little over an hour away.

Coming overland will perhaps be your primary option, especially if coming from Chicago. Both cities are well connected via bus and railway in little over an hour, centre to centre.

Once in the city, the public transportation is currently composed of buses and intercity buses towards the outer neighbourhoods. A tram line will open late 2018. However the likes for you needing to take any transport will be down to zero. Everywhere you need to go in the city is a short walking and enjoyable distance.

Since this was a day trip from our main base in Chicago, there is little I can say about accommodation here in Milwaukee other than the usual, checking some of our preferred affiliate hotel search engine such as Hotels.com, Booking.com, Expedia, Otel.com, Agoda, Opodo, LateRooms or Ebookers. For all the information about hotels in Chicago, check that respective guide. 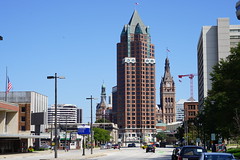 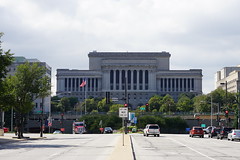 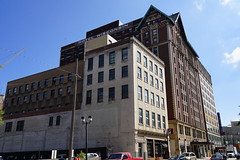 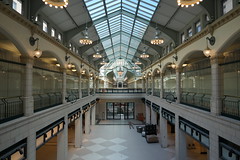 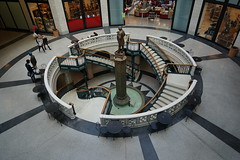 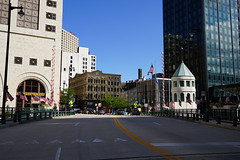 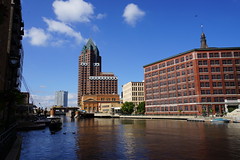 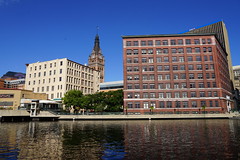 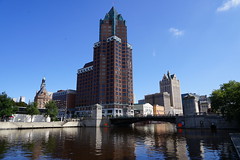 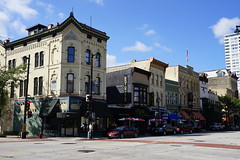 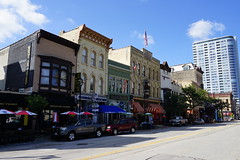 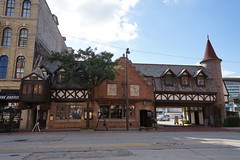 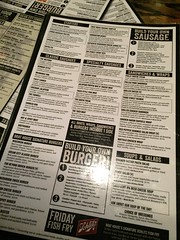 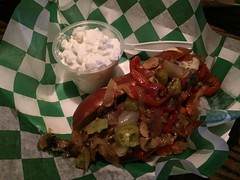 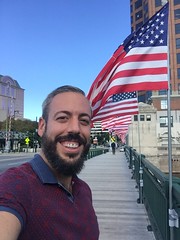 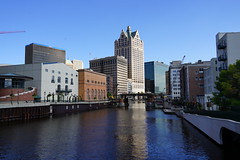 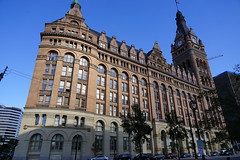 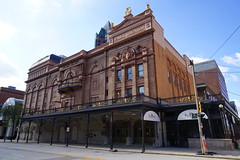 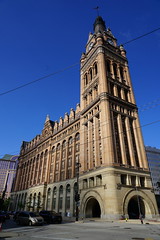 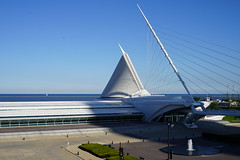 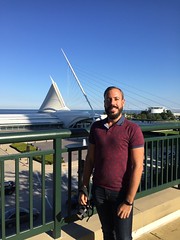 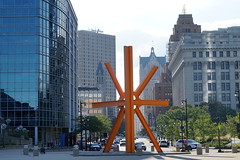 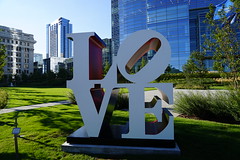 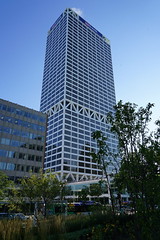 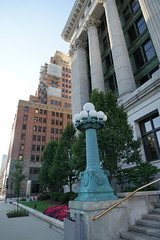 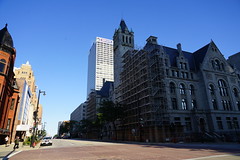 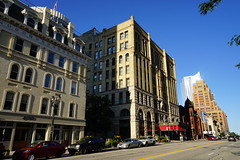 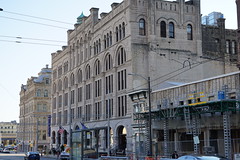 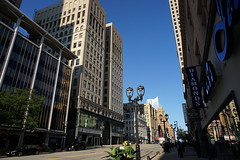 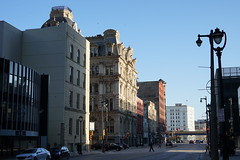