Florence of the South

Reaching our second destination for today, and the highlight of the day without any doubt after spending the morning in Brindisi, we arrive to the farthest south we’ve ever been in Italy: Lecce. A small city yet packed with sights on every corner, a Baroque masterpiece hence its well deserved nickname, the Florence of the south. To be honest I was not expecting to enjoy so much this place, nor I knew there was that many great sights and places to visit all over the city. Should I’ve known this beforehand, I would have planned a little bit better around by cutting extra time from Brindisi which after all, it was nothing special, and give it instead more to Lecce. This is another of the reasons why I’ve split Brindisi and Lecce into two separate guides, as my original plan were both in the same.

Anyway, the city is quite small and of course a day is more than enough. Any longer than this and you would not know where else to go unless other cities nearby. Its historic old town is so compact that it’s a matter of minutes from one to the other end, although that won’t be the case for a tourist, since visiting around means getting lost through the narrow streets and squares admiring the architecture and history at every turn.

The major landmarks are next to each others. starting with the remains of the Roman coliseum where an entire quarter is excavated and implemented in one of the largest squares, still being used for performances; and through a street from here leading towards the Cathedral Square, the next of the unmissable highlights.

Bearing these few notes, there is nothing extra you should be aware beforehand. Everything is self-described and straightforward once you hit the streets, bur of course it is impossible to content some comments with regards food. Have you ever be disappointing in Italy with the food? I think I probably can assume in 100% you haven’t. It’s really great almost anywhere but of course taking in consideration the usual rule of thumbs, avoiding tourist traps and these not much appealing places. You will certainly be happy at any of the many trattorias and pizzerias, and with the traditional “apericena”, these are the happy hour places where you order a drink and get a free food buffet with it. Or course we are not talking in just ordering a Coke or the likes and get all the goodies, no, we are talking in a price range between 8 to 12 Euros the common, with a nice cocktail. The only down-side in all of this are the hours, the apericena is generally starting from around 17.00pm onwards, making it great for dinner time.

For more information about Lecce check Wikipedia site. Italy’s currency is the Euro (EUR). Please note that any price reference is true as from when this guide was created, therefore check prices in advance as with the time they change.

What to see and do in Lecce

-Chiesa di San Pietro d’Alcantara In a small square off Via Principe, in fine Baroque lines.

-Piazzetta Duca d’Enghien Continuing along Via Principe you will pass this small square surrounded by great architecture.

-Piazzetta Chiesa Greca The eastern terminus of Via Principe, flanked by the small Greek Church in Baroque style.

-Palazzo dei Celestini Built in origin as a convent between 1549 and 1695 in Baroque style by Giuseppe Zimbalo, it is nowadays the Governmental Palace of Lecce, home to the offices of the Prefecture and the Province.

-Basilica di Santa Croze With construction started in 1353, it was not until 1695 that it was terminated. It was part of the same monastery complex with the Celestini Palace. It accounts as the best example of the Baroque style in the city.

-City Hall Nothing special, quite modern, aligning by the south side.

-Church of the Jesus A rare exception to the era it was built, 16th century, as from the outside it does not follow the Baroque style but a rather classical, however the inside and altar are pure Baroque.

-Former Jesuit Convent Once part of the same complex with the Church of the Jesus mentioned before, it’s now home to a library, exhibition halls and a club.

-Duomo One of the oldest structures still standing in the city without taking in consideration the Roman remains. Originally built in 1144, rebuilt thereafter in 1230 and restored in 1659 in the baroque style.

-Archbishop’s Palace Along the southwest corner of the square next to the Cathedral.

-Diocesan Museum Next building after the Archbishop’s Palace, creating a grand architectural composition when looking at all these buildings together.

–Church of San Giovanni Battista Towards the western end of the street.

-Porta Rudiae The oldest of any gates in the city, originally built in the 15th century however rebuilt in the 1703. A portion of the walls is still in-situ.

The nearest airport to Lecce is Brindisi, however a bit farther north you could potentially count with Bari airport too. The links between the airports and the cities is good enough, and better even if you are renting a car to speed up things. From our experience in this occasion we flew right into Brindisi where we took a car. From the airport there are buses to the city centre costing 3 Euros per way, and to Lecce for 6 Euros; and from the city centre trains to Lecce (6 Euros) and of course elsewhere in the region should that be your plan as for example Fasano, Alberobello and Matera which we did explored the day before.

Coming overland from elsewhere in Italy is a good option too. Either you can take a bus (possibly direct to Lecce depending on where you are boarding), and trains (might involve a change). But although overall there are good infrastructures in Italy, the journey can be lengthy and if time is your limitation, I would encourage you to get a domestic flight.

Within Brindisi and Lecce, there is no need for any public transport at all. Distances are not big at all and it’s matter of few minutes from one side to another.

Being this a city we reached from our base nearby in Brindisi, I cannot farther comment on any place to stay here, but rather giving you the info on the place we stayed overnight here in this travel guide. In any case, I can say the usual, a good and reasonable point to start your search is by checking some of our preferred affiliate hotel search engine such as Hotels.com, Booking.com, Expedia, Otel.com, Agoda, Opodo, LateRooms or  Ebookers. 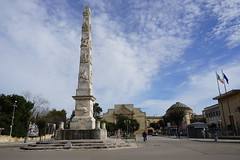 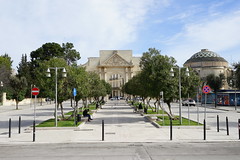 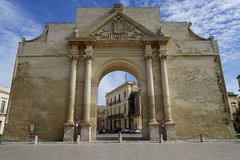 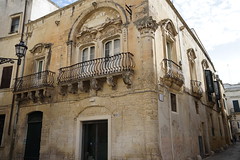 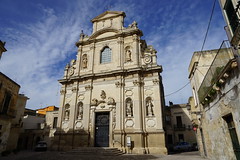 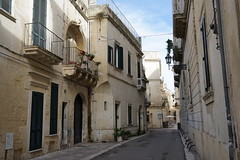 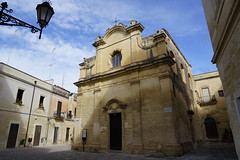 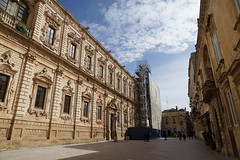 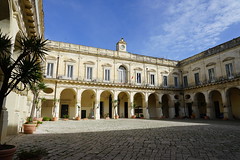 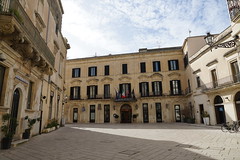 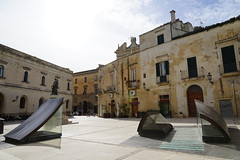 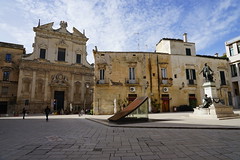 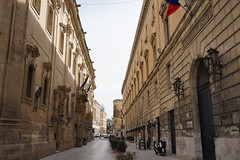 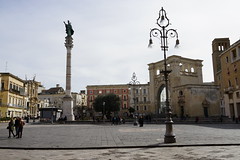 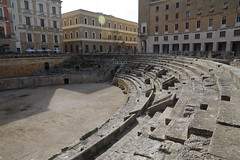 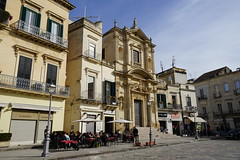 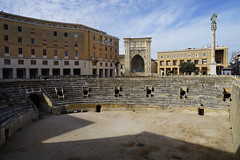 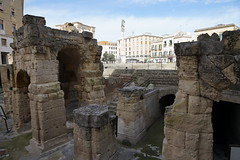 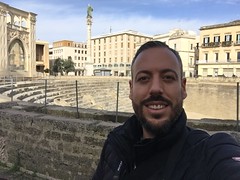 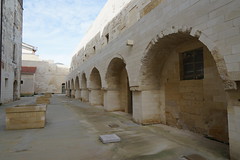 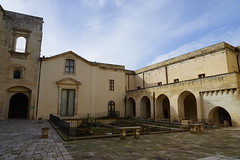 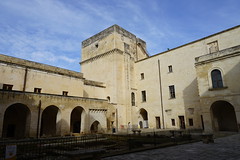 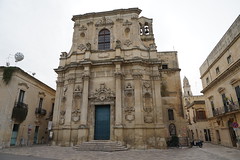 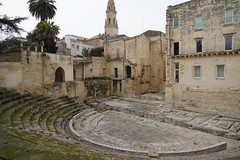 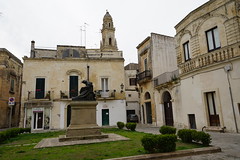 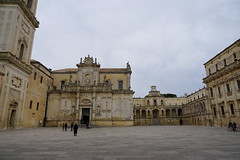 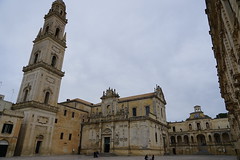 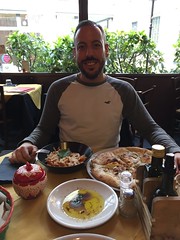