“The former kingdom-city of Kition” 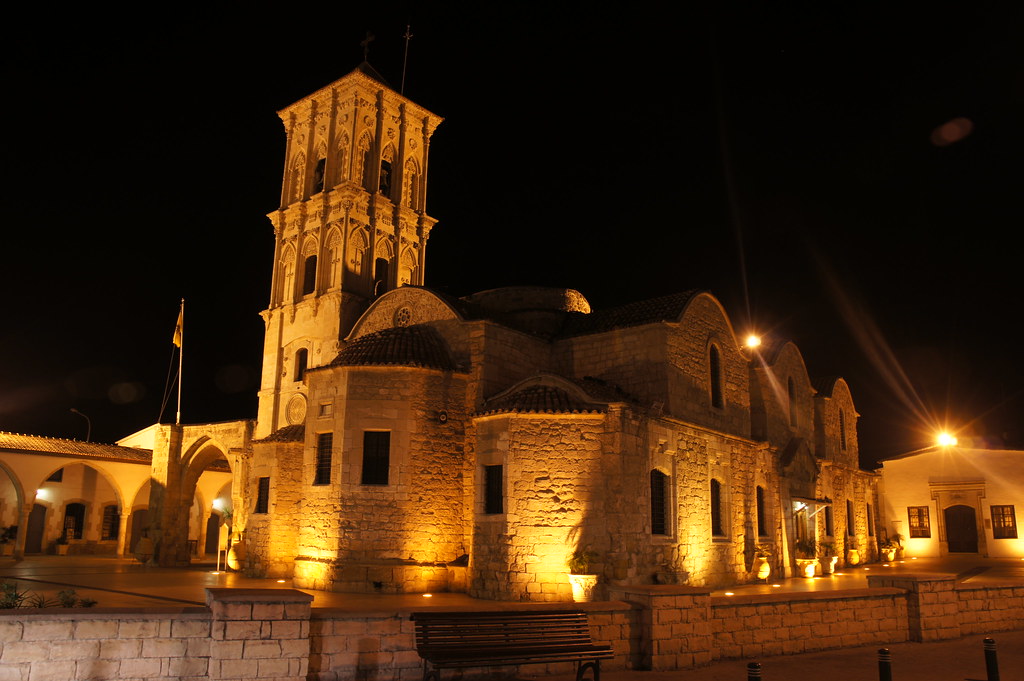 It’s time to visit another country in Europe, generally quite expensive to get flight tickets and hotels however for a cultural trip as ours, the usual trick did work well. Travelling during the low season, in fact, middle of December. There is no doubt you get some great benefits from doing this; one is the cost, that being flights, hotels and restaurants; second, being able to enjoy the places without the hordes of tourists. The cities and places pretty much for yourself. But anyway, not in every country you can take advantage of this since winter months means sky season all over Europe, the charm of the Christmas markets, the snow, etc. Nevertheless, any place by the sea that mostly lives from the summer tourists then it is almost guaranteed the great winter deals.

A downside for this destination in question, considering such short time merely the weekend? The distance from where we came, London. Almost 5 hours to go and over 5 to come back, and no matter if that’s London, or Paris, Brussels, Amsterdam, Madrid, Lisbon… Basically Western Europe. Cyprus is far beyond Egypt and next to Syria, Lebanon and Jordan, but, was it worth it? Well of course, although not as I would have imagined. After visiting Larnaca, Limassol and Nicosia in this trip, my feelings were meh. Fine to visit once, but not in the mood to return.

Because both Larnaca and Limassol have so very little to see and do cultural-wise talking, I prefer to combine them in the same guide because they resemble similarities in every sense. Do not expect to find great sights, nor many. It is the opposite, not only the cities are very small but their historic centres very limited and other than few Byzantine style churches and the occasional Ottoman houses still standing, there is not much more to visit. The beaches in the other hand, is perhaps the most desired among the visitors that come to enjoy during the season that here usually starts as early as March. No doubt Cyprus has some stunning coastline and great resorts, good enough to enjoy the peace and tranquillity while doing the occasional cultural trips within other parts of the island.

While we were visiting Larnaca we then realised we had too much time for what we were going to visit. We did nevertheless made a good use of the time to have a bath in the hotel’s pool and the nice beach right by the front, and have a stroll until lunchtime in the city, but nothing else; just a walk around the tiny streets but done in an hour or so. Do not judge me for the very few picture I took from these places, but I could not take from where there is not. Here you have in any case some further information about the history of the city in both of my favorite free online websites Wikipedia and Wikitravel.

Finding ourselves with half a day to spare, it is then that we decided to drive towards Limassol. The drive though, nothing special in terms of landscapes or views. Basically none, but it takes almost no time along the nice motorway. Once there it was more of the same, although larger than Larnaca, a rather cute little Byzantine mosque, little castle, the main Orthodox church and scattered Ottoman style houses. Here as usual you can get further information about Limassol, especially about its history, in both Wikipedia and Wikitravel sites.

Farther beyond west for another 66 kilometres is the main tourist attraction of Cyprus, the ancient city of Paphos. Unfortunately that was too far from our base at Larnaca and time was our limitation. The good news is that you can directly fly there, hence that will certainly be the next trip to make to Cyprus in the near future.

Coming to an important subject here, food. Well difficult to argue that Greek cuisine is among one of the best in the world in terms of choice, ingredients and preparation with really high quality fresh products and fantastic olive oils, in this case, all produced in Cyprus. So while you can find pretty much anywhere the usual and traditional dishes, there are some variants to the island. A blend and fusion legacy from the Turkish with whom they share plenty of ingredients and dishes, only named differently. You will find many nice places along the promenade, and even if this area is very appealing and of course the most desirable, the prices are very competitive and so the quality and portions. You lose nothing in taking an initial look at few places and making your choice, the fact is that the restaurants do not compete each others and their menus are pretty much the same cost.

Cyrpus currency is the Euro (EUR). Please note that any price reference is true as from when this guide was created, therefore check prices in advance as with the time they change.

What to see and do in Larnaca:

What to see and do in Limassol:

The main international airport in the entire island is Larnaca, really next door to the city. The next second major airport is Paphos some 70 kilometres west, and lastly, Ercan airport in the Turkish side, few kilometres east of Nicosia. The best choice in terms of destinations offered is without doubt Larnaca, also the preferred destination for the millions of tourists in search of their sun and beach holidays during the summer months.

Reaching the city centre from the airport is straightforward, cheap and quick via the airport bus. However if your resort/hotel is farther and off the main road you will then need to either change buses, or get a taxi directly to your destination. After all, distances are short and so are the fares really affordable.

Moving withing Larnaca or Limassol on foot is matter of few minutes from one end to the other within their historical cores. There is no need for taking any public transportation unless this is to go from one city to the other. Do not worry in renting a car if your plans do not include visiting more places. The island is greatly communicated with frequent buses everywhere at any time. So Larnaca, Limassol, Paphos and Nicosia are the easiest places to go. If, in the other hand your time is limited and perhaps coming here on a cultural trip, I would strongly recommend you to rent a car and be free to move anywhere whenever you want and super quick. The road system is the island is great. As opposed, the traffic situation in both Larnaca and Limassol is a disaster. All I can say is to be patient, and don’t bother to search for a parking spot in the city centre.

Both Larnaca and Limassol have plenty of hotels and resorts. No doubt the country has developed a very solid tourism industry that keeps booming year after year. But it is merely seasonal. Not all of them remain open during the winter months. The good news for a winter traveller are the fares per night; easy to grab awesome bargains at top properties with all the facilities you can imagine, something that during the season months would become seriously expensive. A good and reasonable point to start your search is by checking some of our preferred affiliate hotel search engine such as Hotels.com, Booking.com, Expedia, Otel.com, Agoda, Opodo, LateRooms, Ebookers or TUI.

From experience we stayed at the Lordos Beach. Some 10km to the north of Larnaca itself along the coast, it resulted to be very nice, comfortable and quiet. Large bedrooms overlooking the sea, beautiful swimming pool and yeah! opened in December, and meters from the beach right on the first line. Very welcoming and friendly staff with a great buffet breakfast. Very recommended. 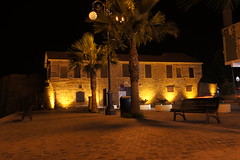 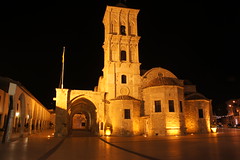 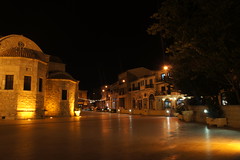 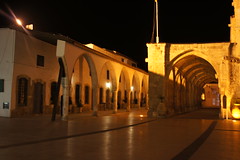 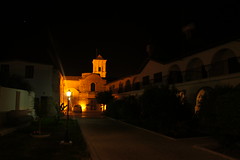 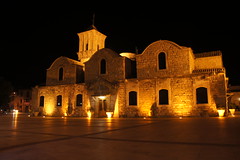 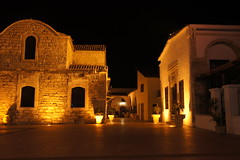 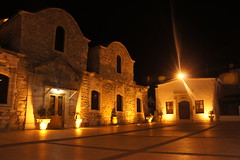 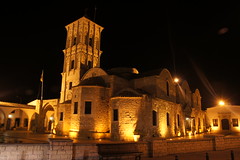 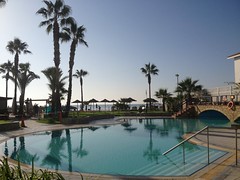 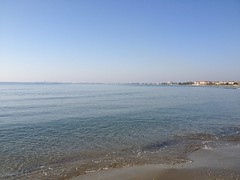 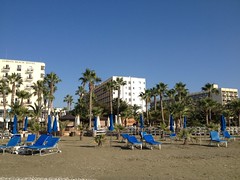 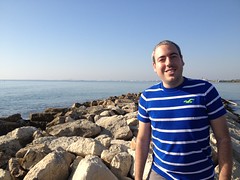 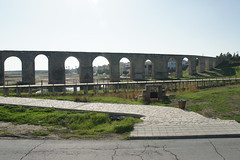 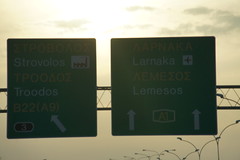 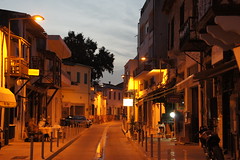 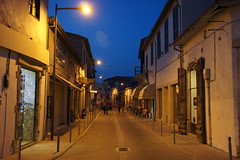 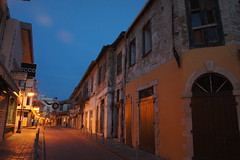 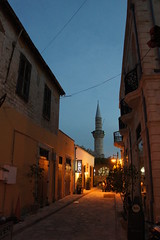 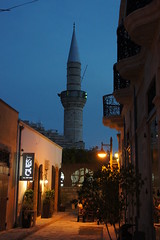 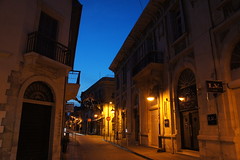 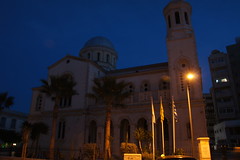 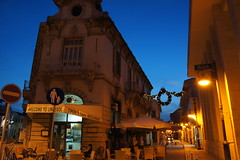