As Easter holidays come, that generally means another great occasion for a longer trip, farther where possible and using the chance for visiting some new destinations not ever been before. Gladly I can say this time it was not an exception, and while not really heading into a different continent than the one we are living in, we travelled to the very far eastern edges, to the Caucasus: the meeting point between Europe and Asia. Starting at Kutaisi in Georgia, where this new flight route from London would take us and setting foot at what became country 89 in the list, then continuing through the country across other cities and places and onto Armenia, visiting most of its unmissable spots, country number 90. Will I ever manage to reach the count of 100 countries by the age of 35? even if this is just a day before turning 36? Time will tell.

For now, I’m simply overwhelmed and excited for being here and living this moment. One of the countries I’ve dreamed for so long now and becoming so thriving in the tourism industry, together with its neighboring Armenia and Azerbaijan. We were possible at the edge, enjoying every place we visited with relatively not too many tourists and as such, the real life of the people, unspoiled. However it does all point that year 2018 is the breaking point in which the Caucasus will become the next hot pot destination worldwide.

Kutaisi is the second largest city in the country, and if being honest with you, there is really not much there to see or do, nor to really feel that you are in Georgia. This was in the other hand, our arriving point, and a great place to make the first base in order to reach other cities and sites nearby. It worked too good to be true. Arriving in Tbilisi instead was not even possible on a direct flight, and was thrice the cost than to Kutaisi. Simple maths here, especially if you plan a trip similar to ours including visiting other countries where you can easily arrange for an open-jaw flight style, saving you not only time (in not needing to return to your arrival point), but a lot of money, believe me in this.

While visiting the city is very simple and straightforward, with not many sights or anything that would truly impress you, there is just few kilometres northeast on the outskirts, the UNESCO World Heritage Site listed Gelati Monastery. A masterpiece of the Golden Age of medieval Georgia, built in the 12th century at the time the country experimented an unprecedented growth in economy, politics, culture, education, science, the arts, population and overall importance. Kutaisi’s Cathedral was also built at the same time as Gelati, however it underwent major destruction over the centuries, and although it was also listed by the UNESCO, after its reconstruction project that started in 2010, the UNESCO decided to remove it form the list claiming the reconstruction was detrimental to its integrity and authenticity. Nevertheless, it is for sure one of the major sights in the city, just across the river from the old town core.

Both the city and Gelati Monastery fit into a full sightseeing day and still you will end up with some spare time. No matter if you have your own transportation (rental car) or rely on public transport to access Gelati, since there are buses and trains heading near the monastery, or honestly, an inexpensive taxi ride there and back, especially if you are more than one so you can share the fare. That’s great news nevertheless, knowing how busy days will soon come ahead of us, therefore that enjoying a little bit from a relaxed day meant we could discover great food, enjoy nice cafes and cakes, and some of the local beers at beautiful bars.

For more information about Kutaisi check Wikipedia and Wikitravel sites. Georgia’s currency is the Lari (GEL). Please note that any price reference is true as from when this guide was created, therefore check prices in advance as with the time they change.

What to see and do in Kutaisi

-Entertainment Centre Located a block south from the southern side of the Central Square. Quite a large complex containing some shopping arcades and cinemas.

-Colchis Fountain In the middle of the Central Square, very ornate and picturesque.

-City Hall Aligning the south side of the Central Park, in Soviet architectural style.

-Opera House Along the southwest corner of the Central Park. In eclectic style.

-Meskhishvili Theatre The largest venue for the arts in the city, a very traditional addition to any ex-Soviet city back in the times, in the style of a circus.

-Cable Car lower station Next to the White Bridge, here you can take a real piece of the Soviet engineering, this obsolete cable car across the river into the hill across where the views over the city are some of the best.

-White bridge The southernmost of the 4 that crosses from the Old Town.

-Rustaveli and Red bridges The next two north from the White one.

-Chain bridge Directly linking towards the Cathedral area at the north.

-Saint George’s Church Almost in the same complex of the Bagrati Cathedral, this church of smaller proportions is still a great 12th century monument greatly preserved.

-Bagrati Cathedral Located meters east from Saint George’s, was built in the 11th century by Bagrat III, King of Georgia. through the centuries it fell and laid in ruins until the reconstruction project that finalised in 2013. This also meant the UNESCO de-listing it as a World Heritage Site for losing great part of its integrity and authenticity.

Kutaisi International Airport is some 15 kilometres west of the city, please take this in consideration when you plan your commuting especially when departing anywhere from here. The cheapest and most convenient way to reach the airport and the city is by taking a marshrutka (mini van). These run in between the main bus station in downtown Kutaisi and Samtredia via the airport; so while you exit the airport, head towards the bus stop on the main road and stop one when it passes. It costs 2 GEL per person.

Just a bit more expensive, yet still a bargain!, for 5 GEL (around £1.45) you can get an official mini van that departs in coincidence with the arrival of the flights. These are easy to book once you get into the arrivals lounge, with agents approaching you offering this service. The plus in here is that these can drop you off at your hotel.

Coming overland is quite easy via both buses and railways, however in the later case is not that frequent and might not work too well in your case. In the other hand, the railway journey between Batumi and Tbilisi via Kutaisi is extremely beautiful in the scenery you will be passing. Continuing over the border towards Armenia and Azerbaijan is possible, but generally involves changing train or bus.

Within the city it will be rare the need for taking any public transportation, unless your hotel/accommodation is far from the old town core. Everywhere around the historic centre is a short distance away on foot, and even the cathedral which sits beyond at the other bank of the river is a pleasant walk. Should you need any transportation then you can rely on the convenient circle bus line 1, and marshrutkas, although for these mini vans you will need to ask for help where to take them and where they go. Taxis are cheap nevertheless, hence if you want to avoid the hassle of finding bus or marshrutkas routes, get a taxi and save time.

While being the second city in the country, it is difficult to even feel that way here. While Tbilisi and Batumi are by all means great cities with huge selection of large hotels of any kind, Kutaisi is in the other hand a very laid back city, to the point of feeling as a village rather than a city. The selection of hotels is very limited, hence do not expect to have any large international chain, nor even medium size ones. There are in the other hand lots of smaller properties, majority family ran businesses. This does not mean any bad at all, definitely no! There are many nice and beautiful properties of such kind, easy to find across any of our preferred affiliate hotel search engines such as Hotels.com, Booking.com, Expedia, Otel.com, Agoda, Opodo, LateRooms or Ebookers.

We found this way the Hotel Kutaisi Globus, located very near the main train station, walking distance to the old town, was great to what we needed and expected, succeeding it. The staff was so friendly and caring at all times, the room and everywhere so clean and well taken care, plus a perfect breakfast to start the day. Definitely highly recommended to anyone, no hesitation!. 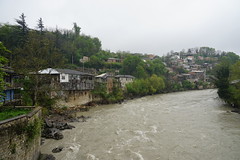 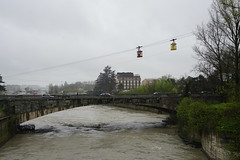 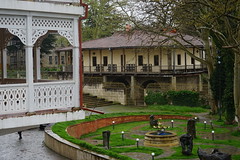 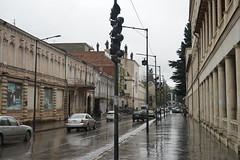 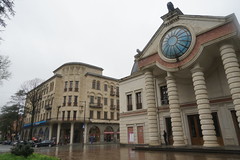 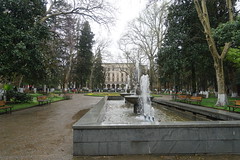 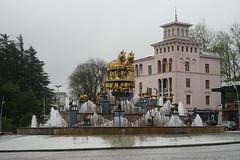 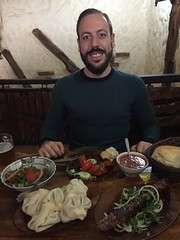 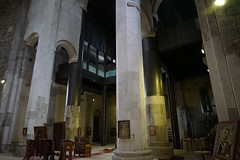 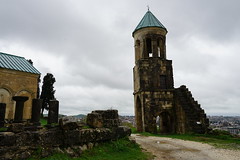 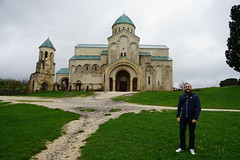 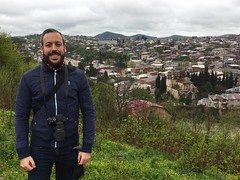 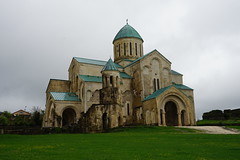 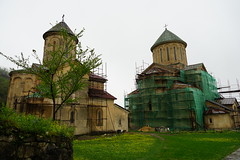 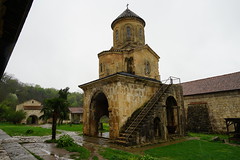 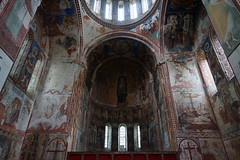 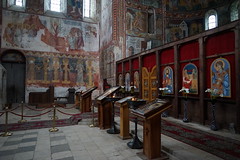 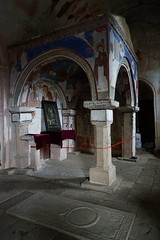 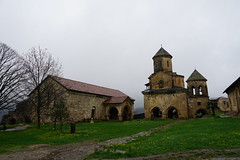 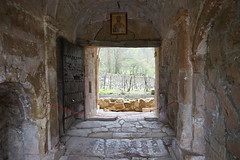 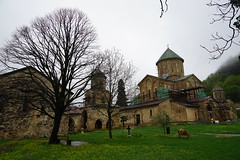 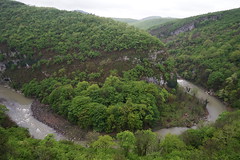 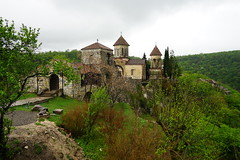 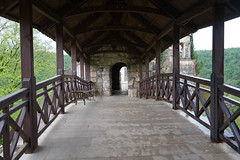 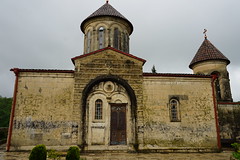 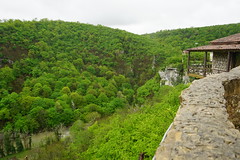 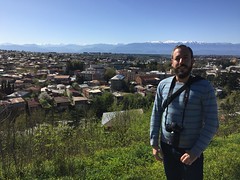 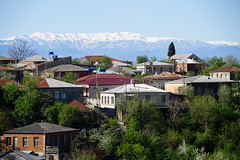 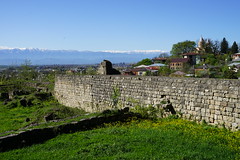 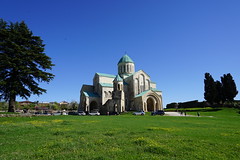