The largest Inca ruins in Ecuador

Moving onto our last place we visited in our tour in Ecuador as a day trip from our base in Cuenca; Ingapirca. The largest and best preserved archaeological remains of a city from the Inca civilization in Ecuador. This is for us the very first time experiencing a good example of the Inca civilization. Not the fascinating sites across Peru but good to have an idea on what we should expect hopefully in the future when we visit Peru and its amazing sites. As for Maya civilization we are really experienced since we’ve been north to south across the former empire in some of the best known cities and former capitals. Now it’s the time to step in another chapter of the history of pre-Columbian America.

The city, once known as Hatun Cañar by the Cañari indigenous people who inhabited it for over 1000 years before the Incas came from the south, was one of the largest, most developed and powerful. With the Inca invasion, their tendency was not conquering and taking over a civilization to suppress it, but instead to keep it parallel and live together peacefully. Sharing the knowledge, achievements and architecture between both. They did only change the name for Ingapirca, as we know it today.

Don’t expect however, to find a so complete nor large ruins. Only a few constructions raise some centimeters above ground, with the Temple of the Sun being the masterpiece standing at the higher part in the city having survived in great shape. This is the most famous construction in the site, built in the Inca way without mortar, as most of the structures in the complex. The stones were carefully chiselled and places to fit together perfectly without even a millimeter separation in between. This is one of their greatest architectural achievements. To compare against, pay attention at the Cañari constructions, where bigger stones were put together with mortar.

While the Spanish conquerors generally used any pre-hispanic indigenous constructions as quarry to build the new cities, specially for the churches and cathedrals; here at Ingapirca it is unsure why the city was abandoned prior the the Spanish arrival and in ruins. A same case we saw with the once glorious city of Pumapungo, where the actual city of Cuenca is, where its magnificence was said to have rivalled that of the Inca capital of Cuzco and even considered a possible candidate for the mythical city of gold which the Spanish called El Dorado; but the conquerors found nothing but an abandoned place in ruins.

For more information about Ingapirca check Wikipedia site. Ecuador’s currency is the United States Dollar (USD), where the country only mints its own coinage, of the same value as the USD cents. Please note that any price reference is true as from when this guide was created, therefore check prices in advance as with the time they change.

Admission fees and how to visit the site

The site opens from 8.30am to 17.30pm, and has an entrance fee of $2.00 for adults, free for students. Everyone needs to take a guide (included in the price) as it’s not possible to visit on your own at your own peace. Of course, expect to give a tip although not mandatory, however you know how this things are with a person giving a tour. It’s in any case a great deal to have someone to tell you everything about the place, and an extra dollar as a tip is absolutely harmless and a good gesture.

It will take you a maximum of 2 hours of walking through the ruins and getting the explanation on the sites around, therefore we are talking about a half day tour from Cuenca rather than a full day out. The route is straightforward, and anyway you don’t need to worry about as you will be taken around by your guide.

Consider including the same day, (if you are having your own car), after visiting the ruins, the UNESCO listed Sangay National Park. It starts few kilometres north from the Inca city and continues farther north with beautiful scenery, flora and fauna.

How to get there from Cuenca

Frequent buses depart from the Terminal Terrestre on Avenida de Espana, meters away from the airport terminal. Although there are no direct buses to Ingapirca, you need to get one to El Cañar, from where you can then take a smaller van (colectivo) every half an hour to the archaeological site. A great website to check for bus times, not only on this route but any across Ecuador is Andestransit. In the search boxes type for example from Cuenca, to Cañar, and then it does not really matter what date you select as these are daily departures.

The trip from Cuenca to Cañar is around 2 hours, and costs $2.00 per way. Majority of the buses continue through towards Quito hence why the frequency of the buses is so high. Just simply get to the bus station in Cuenca and ask for the next service to depart.

As we came here on a day return trip from our base in Cuenca, I cannot comment anything on hotels or places to stay nearby. There are some hostels and small family run business in the nearest city of Cañar, however this will only make sense for anyone travelling backpacking style while on the move. In the other hand, majority of the tourism coming to Ingapirca are on a day trip or organised tour from Cuenca, where there is a great choice of hotels considering its smaller size comparing to Guayaquil and Quito.

Do not expect to find any 5* property, there are none, however there is a good range of 4* and boutique. Finding a deal was in the other hand a bit hard, and not because of the fare itself. Basically we knew what we wanted and what kind of standard, but reading the comments on what’s supposed to be some of the best hotels, were not too good, while some 3* hotels were having great comments and the sort of facilities we were after. It took us longer and ended up having 2 different hotels booked at the same time until we decided for one and cancelled the other reservation. Rarely we’ve been in a situation like this!. A good and reasonable point to start your search is by checking some of our preferred affiliate hotel search engine such as Hotels.com, Booking.com, Expedia, Otel.com, Agoda, Opodo, LateRooms or Ebookers.

We stayed at Del Parque Hotel, right by one of the corners of Parque Calderon, the main square in the heart of the historic centre. Location could not be any better, just right there in the middle, and so was the property itself. A very beautiful colonial structure, family run business at just 12 rooms, yet very nice. We booked a superior room which are larger than the standard, hence I can only tell about our experience from this kind of room. It was actually larger than expected, with a kitchenette, large windows overlooking the square, and a comfortable bed. And even considering you are in the middle of the city, busy and more noisy than anywhere else, the room was quiet and comfortable. Staff was very friendly and very approachable, and good breakfast overlooking the rooftops of the New Cathedral. A really charming location! Highly recommended to anyone. 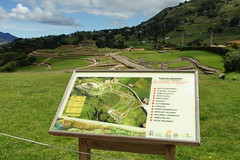 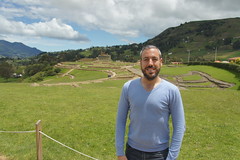 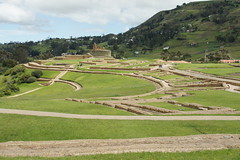 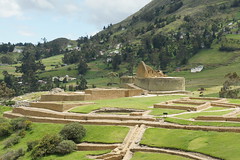 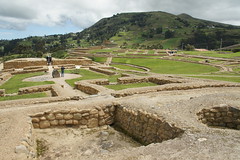 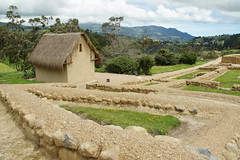 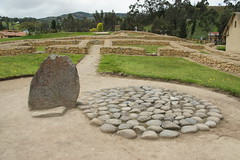 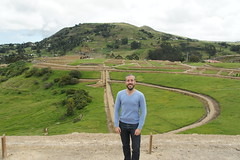 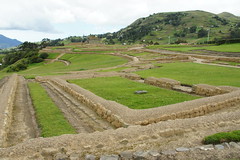 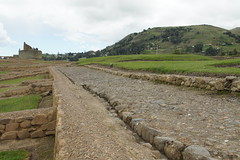 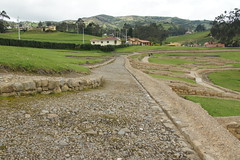 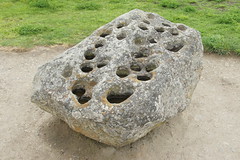 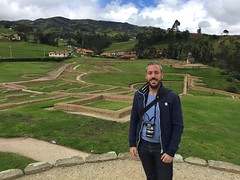 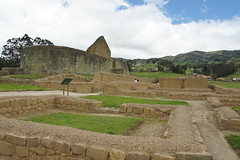 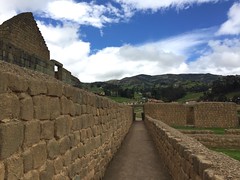 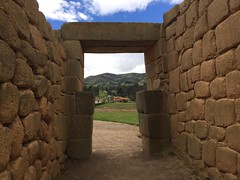 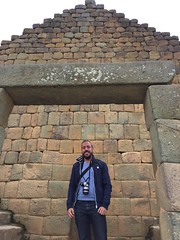 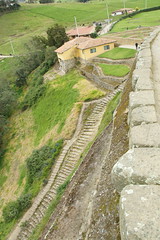 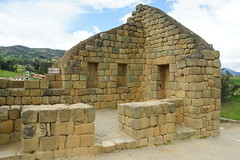 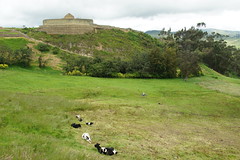 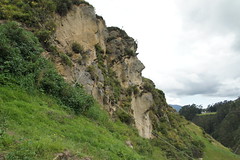 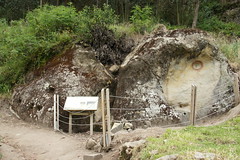 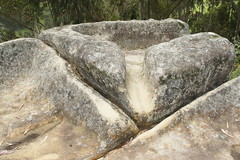