On this second day trip from our base Kyoto, we visit another masterpiece of the truly old and once Imperial Japan, the ancient city of Himeji. This will be the last of the historical cities in trip trip, right after Nara and Horyu-ji we visited the day before, leaving for the last days another 2 of the modern and big cities: Osaka and Hiroshima, a last chance with deer in Itsukushima and returning to Tokyo for one more night and day to keep enjoying our time over there before the flights back to London. I must agree that after so many cities, we had enough of shrines and temples. Coming to this point it’s difficult to even distinguish any difference between them, or the ones in Nikko, Nara, Kyoto or who knows; however we did also know how important all the cities were and how valuable is the architecture, and after all, this is one of the major reasons why to come to Japan on a tour since not everything in the country is resumed just to it’s modern capital Tokyo and the major former imperial capital, Kyoto.

Himeji has a different sight other than shrines and temples. This is the most important and renown castle, the finest example of prototypical Japanese castle architecture. While the city badly suffered the raids from WWII and earlier, the 1923 Kanto earthquake, its castle miraculously remained standing still almost intact, therefore that this is the only of its kind, untouched for 400 years after its construction. However its history goes back to 1333 when a small fort was built on the hill, dismantled not long after to be rebuilt as the first permanent castle. Remodelled 2 centuries later, and few more times afterwards to become from 1618 what you mostly see today.

It is the largest and most visited castle in Japan, and has been listed an UNESCO World Heritage Site. The good news are the proximity to Kobe, Osaka and Kyoto on the east, and Hiroshima on the west, lying along the main Tokaido Shinkansen bullet railway line and as such, making it extremely easy and straightforward for accessing and visiting. As second place, this can easily be a half day trip since there is not much more to see in the city; this could possibly mean it’s your chance to spend the other half of the day for Horyu-ji if you could not manage when visiting Nara, or otherwise spending more time in Osaka or Kyoto, or wherever is from where you came from. The better you organise yourself beforehand, the more time you will have for doing anything extra or simply enjoying longer the places you like.

There is not much more to be said in this brief introduction for this place. It’s really a very simple tour with no difficulties, but rather an easy and relaxed trip. For more information about Himeji check this Wikipedia site. Japan’s currency is the Yen (JPY, ¥). Please note that any price reference is true as from when this guide was created, therefore check prices in advance as with the time they change.

What to see and do in Himeji

The nearest international airport is Osaka (although Kobe is nearer bus has very few flights). It serves the air traffic for the entire region including the cities of Osaka, Kobe and Kyoto. There are plenty of international routes served from all the continents and therefore it’s the most direct and faster way to get here. Osaka Kansai is the huge international airport, while the nearer Osaka Itami Airport serves internal traffic only. From the airport (Kansai) which lies in an island off the bay, there are trains and buses to downtown Osaka where frequent Shinkansen bullet trains do connect on the Tokaido mainline east towards Tokyo and beyond, and the Sanyo mainline west towards Hiroshima and beyond. It’s matter of few minutes train ride to Himeji station just west from Osaka, or little over an hour from Hiroshima farther west. It’s around 1 hour from Kyoto station but it requires changing the train in Osaka, unless you take a train that goes through all the way west (these are much less frequently). Holders of the Japan Rail Pass can get on any of these trains but remember not on the faster ones, the Nazomi. There is one Hikari per hour all the way through from Tokyo to Hiroshima stopping in Himeji via Kyoto along the way.

Once in Himeji station, this will be your main point of access in the city from where you can walk in around 15 minutes to the castle therefore not even public transportation needed to get there. It could not be any simpler than this to be honest, however it really does get even easier for the lazier or comfortable people. For just ¥100 you can get the Sightseeing Loop Bus that starts by the train station, heads towards the castle, gardens and museum and returns.

Himeji is a small city where hotel choice is also much more limited than nearby larger Kobe, Osaka and Kyoto. It is also for majority of the tourists a day trip from either of these large cities, and so it was our case where we came from our base Kyoto. A good starting point is running a search across some of our preferred affiliate hotel search engine such as Hotels.com, Booking.com, Expedia, Otel.com, Agoda, Opodo, Ebookers or LateRooms. If Kyoto is your main base and you are coming here as a day trip then check the respective guide with all the information about accommodation and which hotel we stayed and can recommend here. 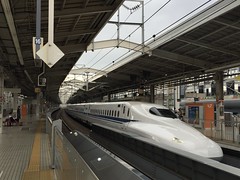 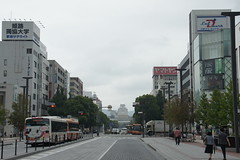 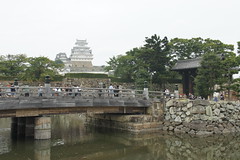 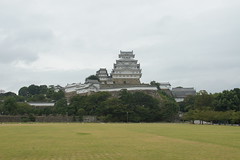 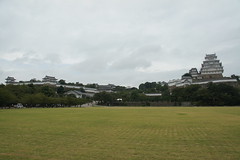 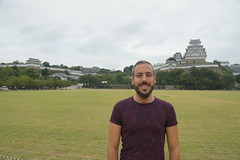 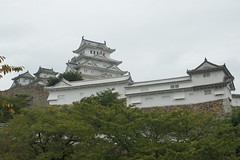 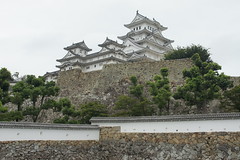 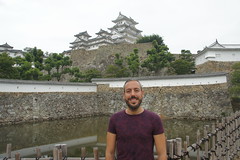 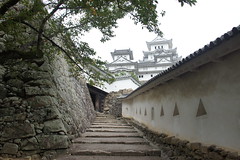 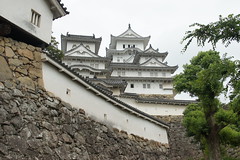 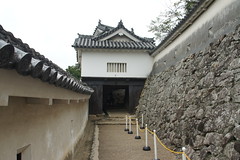 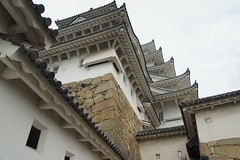 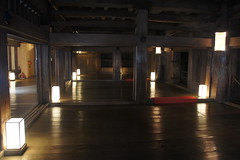 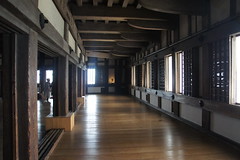 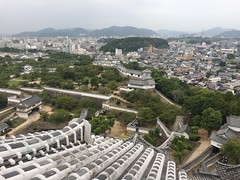 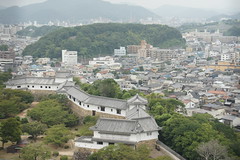 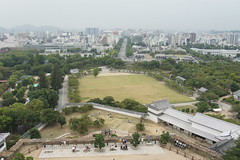 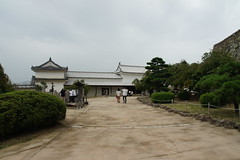 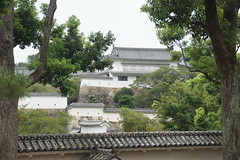