The Capital of the Alps

It’s been a while since one of these quick and short day trips, simply go and back in the same day with nothing else than a camera. However, for Grenoble this works perfectly since the medium to small size and sights are good enough for a day. Any longer and I could not image this being in the same city to be honest, although there is way much more of course, especially considering how near you are from one of the greatest cities in France, Lyon.

Considering the great flight offer, it was too tempting not grabbing it and just go. That was a good decision! Fair enough people do not usually come here merely for sightseeing the city, but instead for the great sky resorts everywhere within minutes from downtown, and of course, the spectacular views of the mighty Alps towering at the backdrop of the city.

From a modest city founded by the Gallic, then a small Roman settlement and garrison to one of the leading cities in Europe in high-tech industries, but still preserving a heritage from its past, once the largest manufacturer of gloves in Europe. Quite small nowadays however orientated to a high end market.

Both the old town known as Cularo, a maze of small narrow streets retaining most of the medieval fabric, and the “new” elegant 19th/20th century extension following a traditional urban plan of tree-lined avenues playing with squares and perspectives is a great sight on their own. Plenty of mansions, palaces and up-scale apartment buildings were built towards the end of the 19th century expanding the city beyond its limits. The next and final push after the 1925 International Exhibition about Water-Power ended up putting the city back on the map. And with the wide development of sky resorts literally next to the city, so easy to access, the influx of tourism is only rising year after year.

When planning for a place to eat lunch or dinner, that’s not hard to find if you are in the old town. There are plenty of nice restaurants everywhere, however the prices are in general quite high. This is not at all a sign of being overpriced for tourists or so, but the contrary. The level of life in the city is generally strong and high, hence apart from comparing few places to make up your mind, there is not a real price difference between them.

They seem to love quiche. We found it everywhere and all the places making it freshly home-made. From restaurants to patisseries and specialised quiche places. It cost either by weight or by piece, and remember, it’s a heavy dish so careful with your hunger and the great look of these! It’s easy to “fall victim” in asking for more food than what you will actually be able to eat.

For more information about Grenoble check Wikipedia and Wikitravel sites. France’s currency is the Euro (EUR). Please note that any price reference is true as from when this guide was created, therefore check prices in advance as with the time they change.

What to see and do in Grenoble

-Jardin de Ville Where you will find the base station of the cable car.

-Saint Andre Collegiate At the opposite side of the Parliament, dating from the 13th century in Gothic style.

-Grand Rue The principal pedestrian street through the old town. Starts at the Parliament and heads south to Place Grenette.

-Place Notre Dame Towards the eastern edge of the old town, where you’ll find the Cathedral among nice buildings surrounding the square, fountains and statues.

-Place Sainte Claire Just south from Place Notre Dame connected to each other. The market Les Halles Sainte Claire is by the southern part.

-Museum of Grenoble One of the largest art museums in Europe renowned for the large collection of paintings covering all artistic eras. Aligning the northern side of the square.

-Old Library Along the eastern side, in classical style.

-City Hall Aligning the entire southern side of the square, one of the finest buildings in the city.

-Boulevard Gambetta The most important shopping thoroughfare in the north-south axis, with plenty of very elegant classic French style buildings.

-Cours Jean Jaures The biggest and widest boulevard in the city, also the grandest where huge mansions and palaces were built along its 8km length.

Grenoble Isere Airport is the main gateway into the city, however due to its reduced size, it’s generally peak time during the winter time where lots of people come for the sky resorts. Out of the winter season, the flights available are more limited and reduced and instead, the other 2 major airports within reach of the city are highly likely the best or only option when coming by air, these are Lyon at around 100 kilometres to the northwest and Geneva some 150 kilometres to the north.

At 35 kilometres in between, linking the airport and the city are buses costing 15€ for a one way, or 26€ for a return ticket. Not the most frequent I must say, nor the cheapest, hence consider getting a rental car if this is an option, it will save you lots of money and time.

Coming overland from within France or Switzerland and Italy is straightforward either by train or by bus. It’s 3 hours high-speed train to Paris, an hour to Lyon, Valence, and good connections to Geneva, Turin, Milan or Verona.

Within the city, distances are short in between the main sights and pedestrian friendly. There are 5 tram lines and plenty of buses, however not really need for taking any public transport other than the cable car to reach the top of the Bastille Hill, unless you have a rental car in which case I recommend you to save the cost and do it by car.

Since this was a day trip, there is little I can say about accommodation here in Grenoble other than the usual, checking some of our preferred affiliate hotel search engine such as Hotels.com, Booking.com, Expedia, Otel.com, Agoda, Opodo, LateRooms or Ebookers. 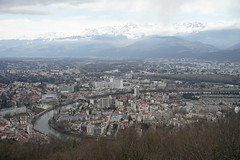 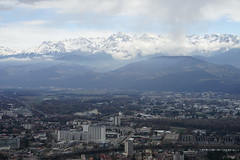 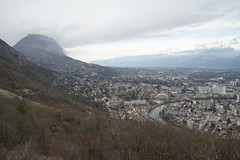 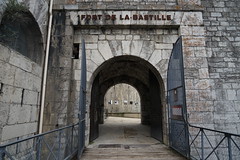 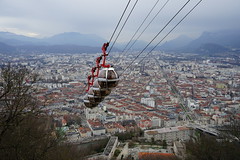 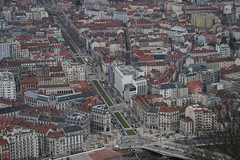 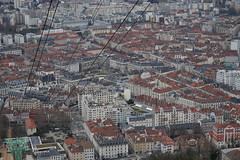 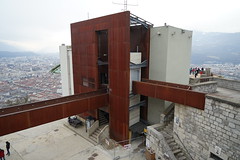 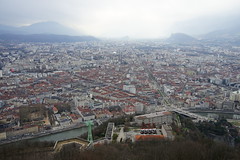 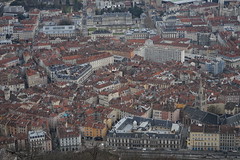 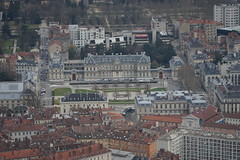 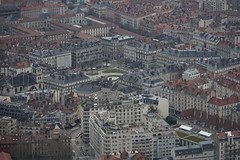 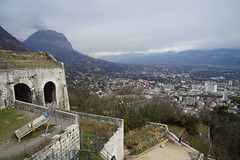 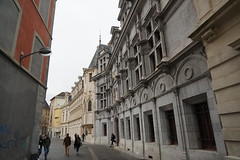 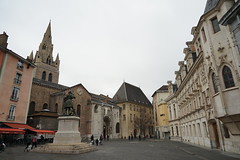 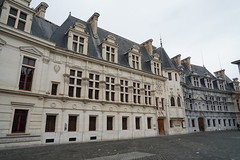 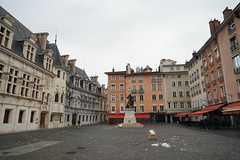 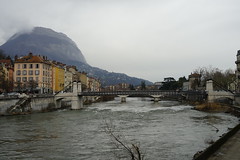 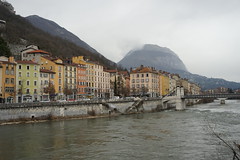 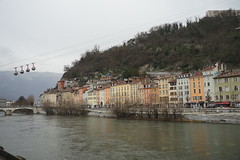 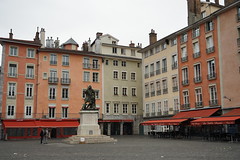 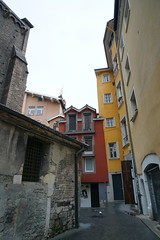 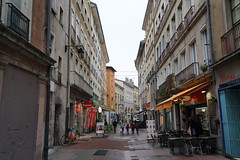 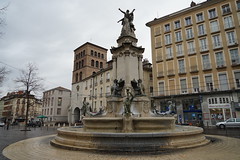 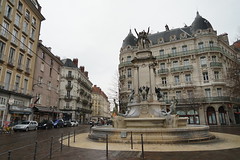 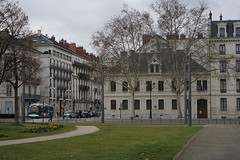 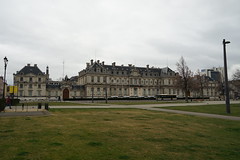