Keeping on with the trend of travelling to the Canary Islands during winter (low season months) works pretty well almost every time. Air fares are incredibly cheap to the point that it is almost impossible to resist the temptation for not coming back to the islands, and especially if this is one not being before then even better. The only downside is the flight time from London, over 4 hours each way, and the very short time this kind of weekend flights really leave you there itself. There are no flights Friday evenings, therefore the earliest you can get there is around noon Saturday (does not matter which one of the islands, flights tend to be the same for one or another); the problem is the return flight on Sunday, which in this case with Fuerteventura is just after noon and not later. So this is more a day out with a night, still, great enough to be able to enjoy such a good weather and a different place for a little cost.

A rental car is mandatory if you want to see what the island has to offer if you are coming for a short time or city/nature break. So unless you are coming for longer and/or a beach holiday where you have more time and can depend on taking public transport to go to other places or getting on an island tour, you are left with no other choice than renting a car and plan your tour ahead to save as much time as you can.

The good side on any of the Canary Islands is the easiness to drive through them. Roads are generally along their perimeter towards the coast, so you can circle them easily in a day. Some sights lie off the main roads and are well marked, most of them being natural parks, and here in Fuerteventura is no different. The main landmarks are at both north and southern ends, the large sand dunes areas and impressive beaches.

The island is the second largest in the Canaries after Tenerife, and declared a Biosphere Reserve by the UNESCO. Such a “small” piece of land but so much to offer, like a tiny continent. Totally recommended to anyone. Puerto del Rosario is the capital, but to be honest, is the less nicest from all of the cities we’ve been considering the other islands visited (Tenerife, Gran Canaria and Lanzarote). There’s really nothing truly worth it tourist-wise talking. This island is world-wide famous for its beaches and the natural parks. It is the most deserted in the Canaries, and when driving north just few kilometres after Puerto del Rosario, out of sudden you are in a different world, the desert and white sand dunes abruptly start.

Also adding to the whole experience, is the food. Like at any of the Canaries, this is always great and inexpensive (of course knowing how to avoid tourist traps, noteworthy the super expensive restaurants in Betancuria). One of the most traditional dishes is “papas arrugadas”. You will find it in every restaurant, in any of the islands, and are boiled potatoes in sea water hence the crust of salt that develops, served with the traditional mojo, the pepper sauce from the Canaries, usually green or red, or picon, the spicy one. Seafood and fish… well, an island in the Atlantic then there’s no need to further explain on that. Found everywhere, however check some places before deciding on one, prices in this vary significantly.

For more information about Fuerteventura check Wikipedia and Wikitravel sites. Spain’s currency is the Euro (EUR). Please note that any price reference is true as from when this guide was created, therefore check prices in advance as with the time they change.

What to see and do in Fuerteventura

It is easy to visit the entire island driving through in a circle, starting wherever you start, you can make a complete circle within a day tour enjoying every sight, especially the landscapes. I list a north-south and back up north route here.

-Corralejo The second largest city in the island, located on the northeast coast.

-Isla de los Lobos You will see it opposite Corralejo. Should you wish to get to this uninhabited island you can get of a boat from the small port.

-Corralejo Sand Dunes Immediately south of Corralejo city, it is one of the major landmarks of the island. This large area seems eerie. Out of the sudden, it feels like in the Sahara. The beaches along the coast are some of the finest.

-Puerto del Rosario Along the east coast, in the middle of the island is the capital and largest city. You can reach it if driving along the coastal road, south from Corralejo. There is very little to see, so calculate a short time for visiting, like perhaps having lunch would be the best in here. The airport is barely 6km to the south of the city.

-Cardón Mountain At 611 meters is the highest point in the island. From Puerto del Rosario, driving along the FV-2, you will pass by former volcano calderas and lava landscapes, and will reach the southern highlights of the island. The mountain will be on your right hand side not far in the distance, easily visible.

-Costa Calma Desert On the isthmus that is the narrowest past of the island. While the west is very rough and inaccessible, the east is famous for the long fine sand beaches.

-Sotavento Beach On the south edge of the Costa Calma Desert, is probably the most famous of all beaches in Fuerteventura for its beauty, especially if calm water on a sunny day. You could easily confuse it for the Caribbean.

-Punta de Jandia The south-westernmost point in the island, home to the lighthouse. You reach it by crossing the Jandia Natural Park, the farthest you can get. From here you will start to make the way back up north along the west road.

-Betancuria The oldest city in the Canary Islands and original capital city. It is very small but full of history. The downside are the restaurant options, all are quite posh with exorbitant prices, some of these are Michelin star.

-Betancuria Natural Park The road soon becomes the FV-30, that passes through this natural park. This road leads directly into Puerto del Rosario, however take the road to Tetir and then along the FV-10 heading north.

-Malpais de la Arena The FV-10 passes through this extinct volcano, where you can reach its top for nice views. Just a bit farther ahead you can follow directions to Corralejo and you will have completed the circle.

Fuerteventura International Airport, El Matorral, is 6km south from Puerto del Rosario, the capital of the island. From the airport to the city, or to the resort area of La Caleta you can take the bus route 3, running frequently from the arrivals terminal for a cost of 1.45 Euros. From Puerto del Rosario you can get onto other buses (guaguas) to other parts of the island, north to south.

The best way to visit the island is of course renting a car. If you depend on public transport you will only get to see a small percentage. But of course, if what you are really after is a beach holiday, then there’s no need to bother about getting a car.

There is a good selection of hotels and accommodation of any kind in the island, however, this is way smaller than in any of the other of the Canary Islands. Fuerteventura is the most laid back of them all, and it has never overdeveloped on tourism. A good and reasonable point to start your search is by checking some of our preferred affiliate hotel search engine such as Hotels.com, Booking.com, Expedia, Otel.com, Agoda, Opodo, LateRooms, Ebookers or TUI.

As it was 4 of us on this trip and we needed 2 rooms just for a night, it worked better to get an apartment rather than a more costly hotel. In fact, it was 2 separate apartments instead of one with 2 or 3 bedrooms, with a nice pool and breakfast included. Apartamentos La Piramide, in Berlina 7, Costa de Antigua, at the resort area of La Caleta, less than 10 minutes away from the airport and a very short walk to the beach. It was a great choice, simple but comfortable, with every amenity as a large hotel, value for money could not have been better, and matter of minutes away from the airport. Even this was low season, it was almost fully booked in majority by British, Germans and the Nordic countries. 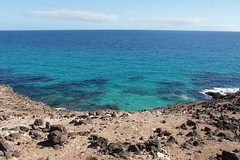 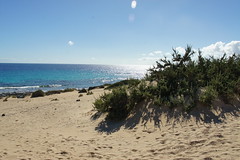 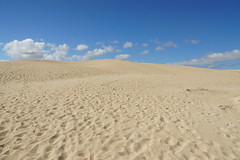 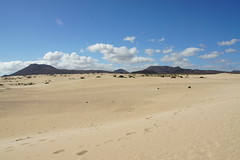 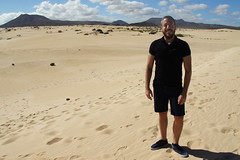 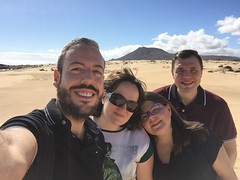 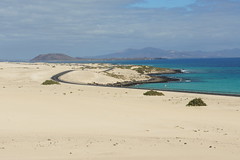 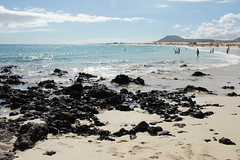 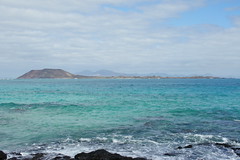 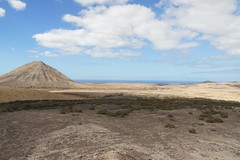 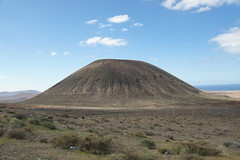 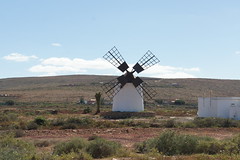 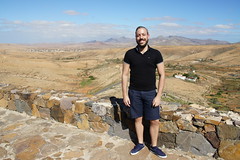 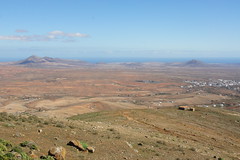 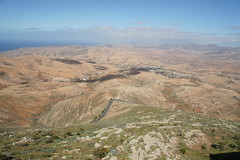 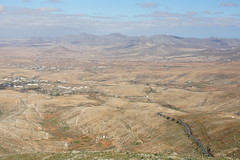 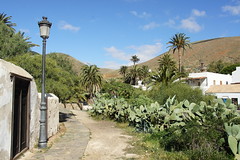 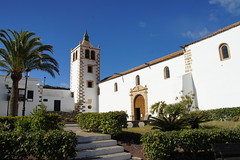 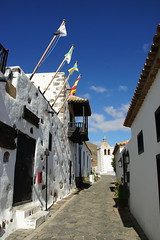 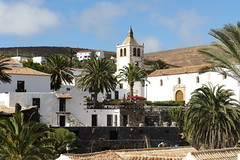 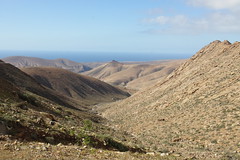 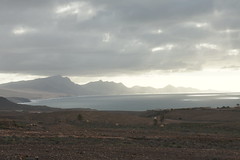 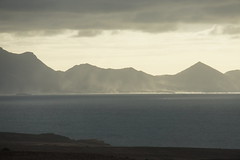 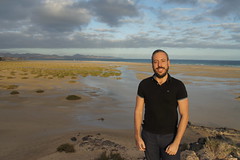 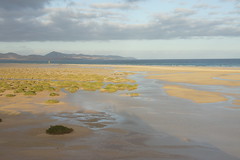 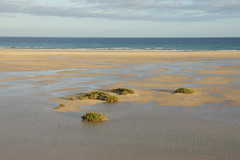 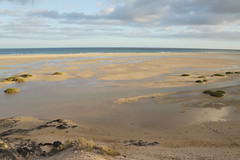 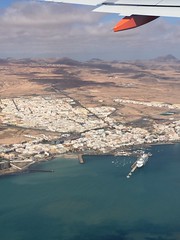 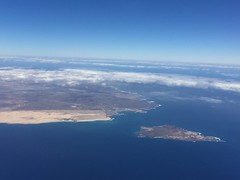