The Pearl of the South

As last on this busy day tour from our base Varadero to Santa Clara, then Trinidad; now finally we arrive to another of the Cuban masterpiece cities: Cienfuegos. Another colonial dream where time yet again stood still. In this case, a city bigger than Trinidad, with more to see however a bit more unfortunate for us that it’s the last we visited for today hence not too much time to be honest. We missed just couple of hours more, although we could not really make it either since it was getting dark when we departed back to Varadero. Anyway, it still worked great for us in being able to enjoy once again another unique and fascinating place. A city entirely listed an UNESCO World Heritage Site.

This is the only city in Cuba not founded by the Spanish, but the French instead. Yes, possibly a fact very few people will know. As such, its urbanism is a bit different to any other city in the island, with wide streets perfectly planned; although still following the same traditional Spanish orthogonal grid system. Thereafter under the Spanish colony, all influenced the style and charm. It was one of the last cities to be founded in Cuba too.

Starting by one of its nicknames, the Pearl of the South (La Perla del Sur), it’s then not complicated to understand such a name and why, while the UNESCO describe it as the best extant example of early 19th century Spanish Enlightenment implementation in urban planning. There is nowhere else in the Caribbean a place with such a huge amount of neoclassical architecture as is in this city. Now it’s not difficult anymore to predict what to expect when visiting Cienfuegos and probably what’s now in your mind would be why not to plan a bit longer visit of at least an entire day for it, and not just few hours as was in our case.

For more information about Cienfuegos check Wikipedia and Wikitravel sites. And for everything important regarding Cuba such as visa requirements, currency and WiFi access, I would strongly recommend you to check the main post for Cuba, Havana, where everything is well listed and explained.

What to see and do in Cienfuegos

-Parque Jose Marti Also known as Plaza de Armas or Central Square, is the largest and most important in the city where most of the sights are, and within the nearby grid of streets.

-Statue of Jose Marti Memorial in the centre of the park to the father of the Cuban independence.

-Tomas Terry Theatre Along the northern side of the square. Built in 1890 in Victorian style, it is one of the nicest and best venue for the music after that in Havana. 2 CUC to enter.

-Cathedral Purisima Concepcion Along the eastern side of the square. Opened in 1833 as a church, expanded afterwards in few occasions until being declared cathedral in 1903.

-Hotel La Union The best in the city, just behind the Cathedral.

-Boulevard This pedestrian street links the square with Paseo del Prado. One of the nicest to enjoy the architecture, cafes and bars.

-Provincial History Museum Aligning by the south side of the square. A very elegant building itself, and a great collection on display within.

-Palacio Ferrer One of the finest blend of neo-classical/baroque architecture not just in the city but in the whole of Cuba. Along the western side of the square, impossible to miss it as it’s the only building painted blue. Take the chance to go up to the tower for fabulous views of the city. 1 CUC.

-Arco de Triunfo The only triumphal arch in Cuba, along the same front where the Palacio Ferrer is.

-Muelle Real At the southernmost part of Pueblo Nuevo, right by the bay.

-Casa de los Leones Known by this name because of the 2 iron lions guarding the entrance.

-Palacio Azul South along the Malecon (El Prado), at the confluence with Avenida 12. One of the most luxurious neoclassical private home ever built in the city.

-Yacht Club Opposite the Palacio Azul, one of the most famous architectural jewels in Cienfuegos.

-Palacio de Valle Built in 1917 in neo-Gothic style is one of the most exclusive. Right at the terminus of Paseo del Prado.

Although there’s a small commercial airport, the routes offered as almost non-existent, and as weird as it might sound, none are to any destination in Cuba. Therefore the only possible ways to reach Cienfuegos is by bus from the main cities in Cuba. For example, you’ve got 2 departures per way from Havana, once daily from Santiago de Cuba via Camaguey, Holguin and Sancti Spiritus, and more frequent departures from the not so far cities of Varadero, Trinidad and Santa Clara. And also a not so very helpful and handy railway connection with Havana via Matanzas, or with Santa Clara and Sancti Spiritus. Trains run every second day hence the inconvenience.

To book your bus tickets remember to do so at least within 2 weeks before the date, any earlier it’s not possible in the website, and any later the seats might sell out. The Viazul website is very easy and straightforward, therefore do not risk it by going to the bus station to try your luck. It’s a mess like no other, and the chances you won’t manage a ticket are almost guaranteed. Book them at their official website.

It is either this way you reach here, or you take an organised trip from Varadero for example or other cities nearby, which is quite common among the tourist based there, and the real example we can say from our experience. After all, if you are planning on visiting Trinidad and Cienfuegos it’s not really that costly to have it all ready in a tour, being collected and dropped back in the hotel, have a guide all the time and actually ending up sightseeing more than originally planned since the tours generally also include Santa Clara; not that we care much about it since this city would be the next in our trip through Cuba and would be spending more time there but hey! that was also quite nice.

Once in Cienfuegos, all you need to know is that there are two separate areas, the Pueblo Nuevo (historic town) and Punta Gorda, a peninsula with the 1950’s mansions. The distance between both is 3 km, all along the Calle Prado (Calle 37), and the best and nicest way to move in between is taking a horse-drawn carriage for 1 CUC (negotiate it). Other than this, everything is done on foot as distances are very small and very compact.

Our base was Varadero, so I cannot recommend any place to stay in this city, however being one of the most beautiful cities in Cuba it also means one of the most visited by tourists. The hotel industry although not too big, is good enough especially because we are talking of stays of 1 or 2 nights in most of the cases, hence not much needed than a comfortable bed and a clean room. If hotels is what you are seeking for, then a good and reasonable point to start your search is by checking some of our preferred affiliate hotel search engine such as Hotels.com, Booking.com, Expedia, Otel.com, Agoda, Opodo, LateRooms, Ebookers or Gala Hotels. Please note most of these will not offer any results in Cuba, this is to do with the USA embargo. Try the respective European sites instead if needed be, although the best site for Cuba would be Gala Hotels.

In the other hand since hotels are generally very expensive, there is something way much better you could do (and should do if you’re staying overnight); this is a private house. There are lots, beautiful, most of them in historic colonial buildings, with very nice and friendly hosts. In airb&b you can have a first look, then have a more generic online search for other websites. 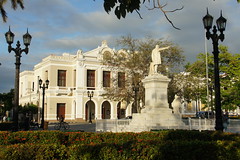 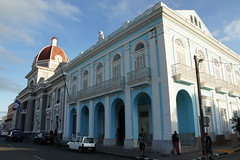 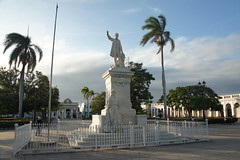 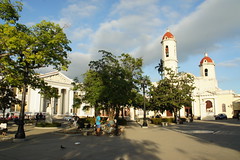 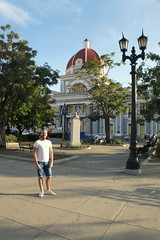 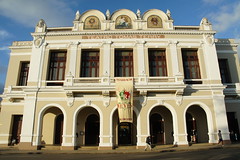 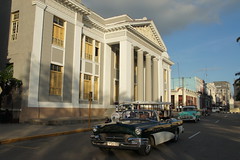 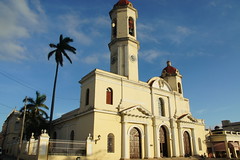 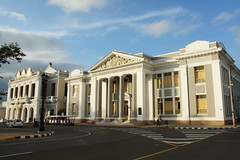 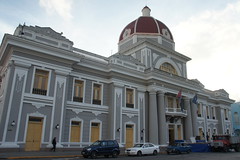 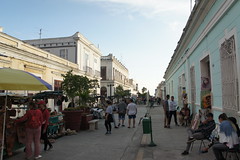 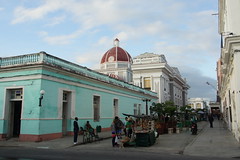 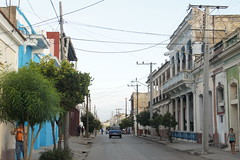 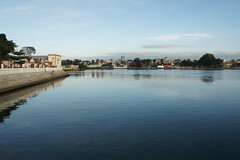 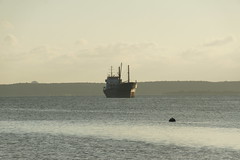 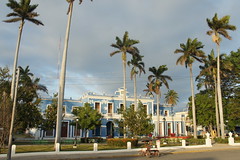 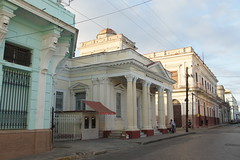 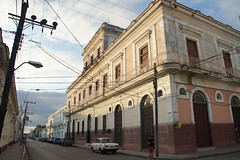 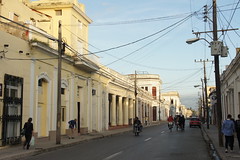 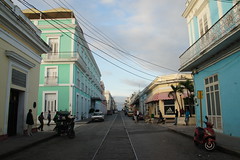 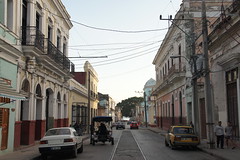 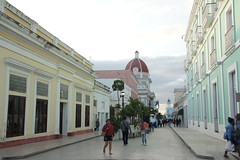 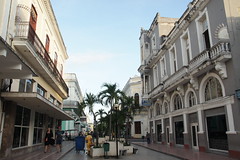 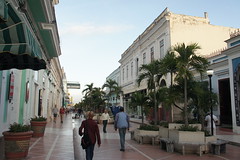 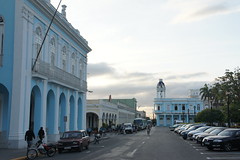 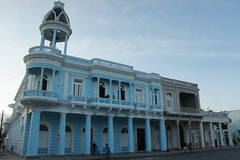 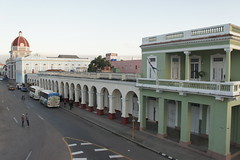 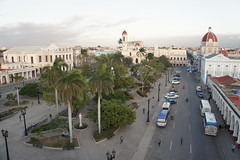 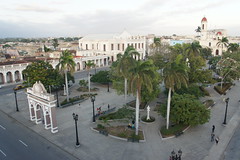 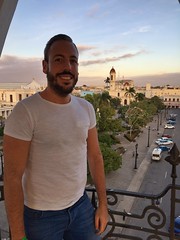