On the following day after visiting Timisoara, our main destination for this weekend, and the beautiful city of Szeged right across the border in Hungary, all while enjoying a great time at the Spa Resort Hotel we booked for both nights, we spared Sunday to visit the small yet charming city of Arad, barely 60 kilometres north of Timisoara. The westernmost city in the Transylvania region, home to one of the fortresses built in the Vauban star-shaped style so typical in this area.

After all, we did have the time to visit in full every of the three cities we ended up going to in just 2 days, so the five of us decided it would be a great idea and a good opportunity while taking the chance to see more than originally we planned for this weekend. Distances are short in between the cities, and with a rental car booked for the length of our stay made it even much more convenient. However, after having visited both Timisoara and spectacular Szeged, our expectations were perhaps too high and did not see from Arad its beautiful historic centre as such but instead a more laid back place, where we were the only tourists in the entire city. We did not cross with any other foreigner at all! Not that we would mind, to be honest even better. You get the chance to take some nice pictures people-free.

Disregarding a bit my comment before, the city has charm and hosts a great collection of beautiful old buildings, more typical of a Central European city than East European, but as I described a bit on the Timisoara and Szeged guides, this was once part of the Austro-Hungarian Empire hence such urbanism and architecture, same you see in Vienna or Budapest, the main cities by excellence back in these times.

You can perfectly visit the entire city in half a day, there’s no need to plan any longer or you will overestimate. In combination with nearby Timisoara both are perfect to spend a good weekend.

Food-wise talking, like elsewhere in Romania this is great! Not expensive, huge amounts and great quality. Every restaurant has the menu translated in English and of course all is priced so you have no surprises nor chances of being ripped-off. Beer is also inexpensive and great, try the local one. That we can recommend is Curtea Veche on Revolution Boulevard near the Ioan Slavici Theatre. A very nice and large restaurant in medieval decor with a huge menu of both traditional Romanian cuisine and more usual ones.

Not much more to say in this brief introduction. The city is very easy and small so no farther comments or tips necessary. For more information about Arad check Wikipedia  and Wikitravel sites. Romania’s currency is the Leu (RON). Please note that any price reference is true as from when this guide was created, therefore check prices in advance as with the time they change.

What to see and do in Arad

-Central Park This is the name that receives the park aligning the western banks of the Mures River, overlooking the Inner Citadel just across.

-Arad Courthouse Located at the northern edge of the park.

-Cultural Palace Built in 1913 in the classicist style is one of the major landmark buildings in Arad. The beautiful concert hall within is in the pure art-nouveau style.

-Revolution Boulevard This is the main artery in the historic old centre crossing south to north, where most of the city’s sights are all surrounded by beautiful architecture.

-Avram Iancu Square The main square at the southern end of Revolution Boulevard.

-Ioan Slavici Theatre In between the Avram Iancu Square and Revolution Boulevard, with facades facing to both. The main theatre in the city, in classicist style.

-Ardealul Hotel Once was one of the upscale properties in the city, nowadays a lower rating however the building is still as beautiful as it’s always been.

-St. Anthony’s Cathedral The seat of the Roman Catholic church in Arad, built between 1902 and 1904 after the plans of Tabacovics Emil in classical style.

-City Hall Square The most beautiful in Arad, entirely surrounded by the most impressive buildings and palaces, among them:

-National Bank The next building facing the City Hall, few meters after the Neumann Palace.

-City Hall The centrepiece in the square along Revolution Boulevard, with its fine architecture and clock tower. At its back is the Central Park.

-University Rectorare Located facing the eastern side of the City Hall.

-Cenad Palace At the opposite side of the Rectorate, by the northern side of the City Hall. The three buildings complete a picture perfect image of Arad.

-The Red Church In neo-Gothic style built in 1906, its nickname is easy to understand for the usage of red bricks.

-Piaţa Drapelului The northern end of Revolution Boulevard is marked by this square, with the last sights within this part of the old town.

-Orthodox Cathedral Right in the middle of the square, with its characteristic domes typical from the Orthodox architecture.

-Podgoria Lake By one of the sides of the square is this little lake and garden offering nice views of the surroundings and Cathedral.

-CFR Building At the back of the Orthodox Cathedral, in classical style.

Arad has a small national airport, currently being extended and therefore closed to air traffic (September 2016). While it does operate few national flights, it is better to count with nearby Timisoara which is the 3rd largest airport in the country with frequent flights through the country and the rest of Europe, notably increasing their bases Ryanair and WizzAir. It is located 10 kilometres to the northeast, and linked to downtown by express bus line 4, and the main train station by line 4B for a fare of 2.5 RON per way, and direct buses from the terminal to Arad city centre.

Coming from other cities within Romania is generally a lengthily journey if by train or long distance buses. However from neighboring Timisoara is just matter of an hour or so only. A new motorway still under construction (September 2016) will link Bucharest with Timisoara and farther beyond into Hungary, the exit towards Arad will be nearby. A better option is to fly internally with TAROM, the national airline of Romania which can be cheaper than a train ticket. From the bigger and nearby city of Timisoara, there are direct daily international rail connections to Budapest, Vienna, Belgrade and Munich which can be handy as a night train to arrive there the following morning.

Within the city, although the historic old town core is walking distance all the way through, other parts of the city might require you to take some public transports, especially if you are staying outside the old town. There is a good network of trams, trolleys and buses, easy to use and inexpensive.

As we did not stay over at Arad but in our base, Timisoara, I will be describing our experience in this city. There is a great selection of hotels even that the city is not of a large size, and is really easy and straightforward to find a nice deal too! And at a good hotel. You have plenty of choice around the city centre and along the main ring of gardens surrounding the city from where it is a short walk to the old town. Now, if you want something bigger of with more facilities, you might need to consider staying in the outskirts and commute from there (which if you have a rental car would be your perfect bet).

This was our idea, since we know this weekend would not be that hectic and busy walking kilometres everywhere visiting sights. No, it was all the opposite, a nice and relax weekend, visiting small cities hence why we decided to get a SPA hotel, enjoy the pools, bubble baths, steam room, sauna, etc.

We stayed at the SPA Ice Resort, in str. Calea Lugojului, nr. 27A. Located not fart east from the city, half way between the old town and the airport, it had all I mentioned above. And this was a great selection what we did. The staff was great, the facilities all perfect, and a nice included breakfast. Very quiet at night and comfortable bed. What else you really need?.

A good point to start your search is by checking some of our preferred hotel search engine websites such as Hotels.com, Booking.com, Expedia, Otel.com, Agoda, Opodo, LateRooms or Ebookers. 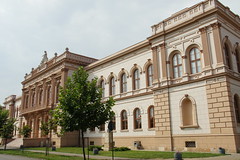 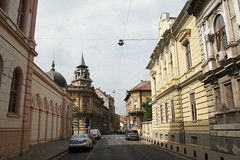 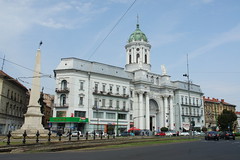 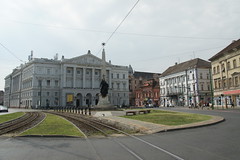 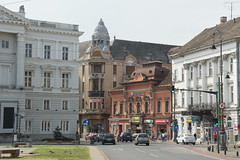 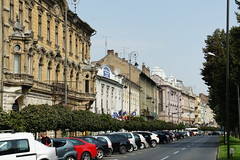 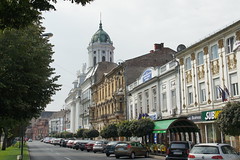 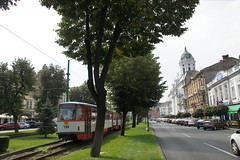 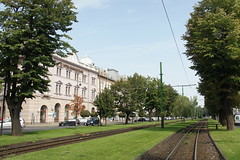 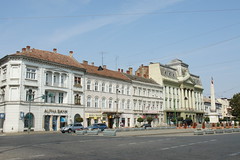 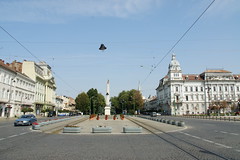 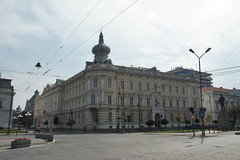 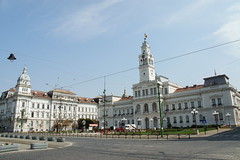 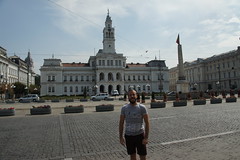 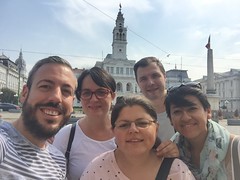 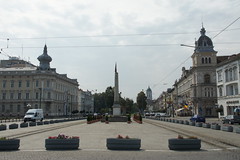 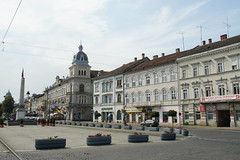 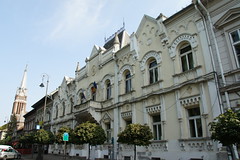 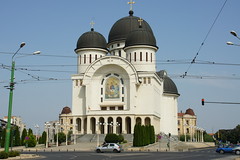 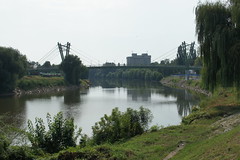 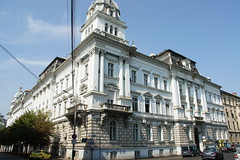 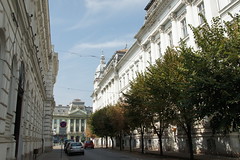 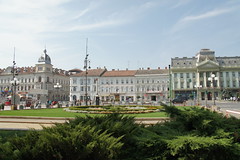 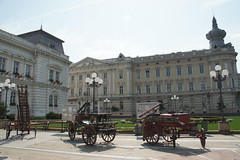