“The Pink City”, “The first planned city in India”

Although just one full day in the city due to arrival in the night of the 14th and flying back to London on the 16th, it was worth every hour. Make sure you plan definitely much more than just one day. Two days are still tight, hence three full days would be ideal.

From Jodhpur, the only choice is the train to get here. Make sure you book it in advance, and even we had a 1st class reservation, I can guarantee you are good on a 2nd class. Furthermore, since our experience was not the best in this train (small cockroach kept appearing, and the air con was too strong), the conductor offered us on the adjacent coach which was 3rd class, and was the same comfort.

Around one hour after departure, the train makes its way through the Thar desert. Desolated landscapes is what will follow the rest of the trip until sunset. Few hours after we departed Jodhpur, the sheets and pillow were offered (1st and 2nd classes only). And by sunset, the mountains were crossed and then the largest salt lake in India was crossed in full, Sambhar Lake. END_OF_DOCUMENT_TOKEN_TO_BE_REPLACED

Some 340 km west of the state capital, Jaipur, sits the second largest city in Rajasthan. Another city well described by its nicknames. I will take this time, “The Blue City”. Coming from what is described as the “White City”, I could only expect to see blue. Well, not at first look. The city centre is more limestone brown shades, until one reach the Mehrangarh Fort. Overlooking from the top, suddenly you come to see a huge part of the city all in blue. A great sight indeed.

During day time, Jodhpur is very bright and colourful; you are almost guaranteed to have sun every day. But the nights can refresh too quickly. Remember you are at the door step of the Thar Desert meaning temperatures change from high to low very quick.

By the early evening hours, unfortunately, the city turns to be un-breathable. The pollution is such that the visibility gets seriously reduced. At least, this is what you will expect if you travel here during winter months. I do not recommend it to anyone, and you need to be prepared for when this occurs, by leaving the city centre towards the outskirts. Make sure your hotel is well outside the core of the city, you will be very happy for doing this.

END_OF_DOCUMENT_TOKEN_TO_BE_REPLACED

While we leave the crowds of Mumbai, it’s time to think the trip is unfortunately slowly coming to an end. Our next stop is Udaipur, located on the south of the Rajasthan region. Many nicknames describe this incredible beautiful place. Let’s stick for now with “The Lake City”. A city where you will find marvellous buildings rising in the middle of the lakes, bridges and ghats.

What most people do not know before they plan their trip here, is that all the lakes are artificial, and were created just for pleasure and landscaping, in order to build at the shores impressive palaces and also in islands inside the lakes. For instance, the major two lakes in the city proper of Udaipur are Pichola and Fateh Sagar.

Now, if you think you don’t know anything about Udaipur, perhaps it works if I refresh your memory with the words: 007 James Bond, Octopussy. Yes you might have guess, a movie filmed over there. Well, I never heard of it until I read it, so you are excuse not to know it. It’s an old film by now anyway, 1983!

END_OF_DOCUMENT_TOKEN_TO_BE_REPLACED

“The largest city in India”, “Hollywood of the East”, “The Super Dense Crush Load”

From all my trips up to this date (January 2012), this is the largest city I have ever been, and the busiest with difference. A city of contrasts, where super rich and super poor live together, just few meters away each others. Slams coexists next to luxurious skyscrapers. Old and new blends together. Mumbai, is in fact, one of the most expensive city in the world, with apartments prices even higher than those in London.

Mumbai is also home to the busiest commuter rail system in the world. It has no Metro but construction planning is in progress. The busiest railway stations in India are both Andheri and Victoria Terminus, the later one being a marvellous Victorian building, UNESCO site. As a note, Indian officials have created a new terminology to describe the two and a half times capacity crowds that now ride at peak hours in the commuter trains: Super Dense Crush Load.

South Mumbai is where most of the sights are located. The core of the city, and the business district. Also, the impressive coastal Marine Drive, where the skyline is changing rapidly with ever higher skyscrapers. The symbol of the city is located here too, the beautiful arch Gateway of India, and the majestic Taj Mahal Hotel.

END_OF_DOCUMENT_TOKEN_TO_BE_REPLACED 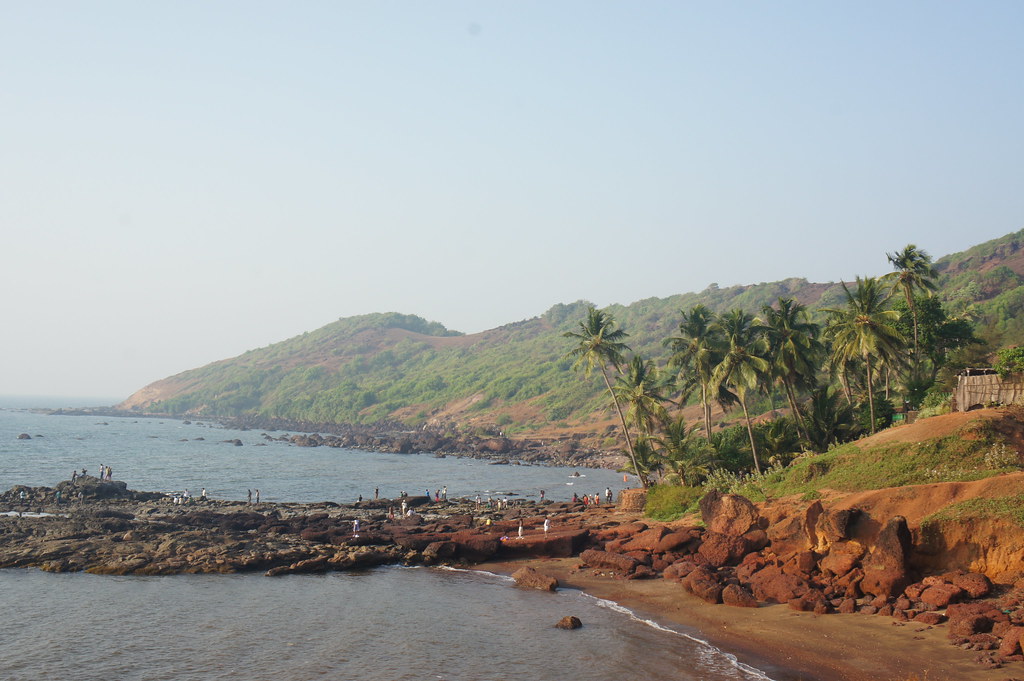 The region of Goa is more than just beaches and Trance music. It’s a region full of great Portuguese colonial architecture, amazing food and gorgeous landscapes. It’s also a very small region, in fact, India’s smallest state where the points of interest and sights are located most of them around the old capital city, Velha Goa. You are never far away, and you are always near a beach, though not all of them are what you really expect or want.

You need to remember that since Goa is a key resort in India, locals have around 5 months to make money from tourism. The remaining months is when the monsoon hits the area, with very few people keen to visit the region, meaning no business for locals. Therefore, expect to pay higher prices on everything. less quantities or even less quality; although if you know how to move around and where to go, you will do wonders and have one of the greatest experience and fantastic holidays.

To bear in mind before coming here, heat. Yes, it can get very hot and super humid. And considering from our experience when merely days ago we had just 10 degrees centigrade in Delhi and Varanasi, this was a shock to have +35. Not a complaint but the contrary. I love the heat, but prepare to bath in your own sweat non stop, especially when visiting the old capital. Somehow it was even more humid over there.

END_OF_DOCUMENT_TOKEN_TO_BE_REPLACED

“The Silicon Valley of India”, “The Garden City”, “The Party City”

Coming from Kolkata it feels like coming to a completely different country. A lot has to do thanks to the weather. Although it was not so bad back in Kolkata where we flew from, it makes a big difference get to see such a blue sky and that hot temperatures; coupled with finally a very clean and tidy city, where poverty was not so sadly obvious and visual as the city we were coming from.

It’s, in fact, a very modern city where you feel you could be elsewhere not India. It is also very compact, and the sights, although dispersed all around, can be easily visited by rickshaw on a day. We were just one day here and we had enough time to see everything then relax at the hotel.

This is not a city for more than 2 days, therefore it is wise that you plan around this idea. Definitely do not cut any days to other cities, cut instead from Bangalore. We were in fact just one day and this was absolutely enough to see everything we wanted to see. The idea behind is to be well prepared and have your own plan of what you want to visit and do, then, and as explained below in the section of transports, if you rent a rickshaw driver for the day that’s all you need. There is no better way than relaxing from the comfort of going point after point without the hassle of searching your way and negotiating each time you need a rickshaw.

END_OF_DOCUMENT_TOKEN_TO_BE_REPLACED

“The former capital of the British India Company”, “The city of joy”

The former capital of the British India Company is now a massive and continuously expanding city. Once glorious full of impressive buildings and great avenues, now, most of it crumbling down, sadly disappearing or long gone. Thankfully the big Victorian buildings, monuments and offices are still standing at a decent appearance. Parks and vegetation which is everywhere is also untouched and quite well maintained.

Forget any fear you might have been told that Kolkata is dangerous. What happen is different, it’s not more dangerous than any big city can be, but the poverty is by far much more appreciable everywhere. This might be the reason people think is dangerous. Sadly, what people is after is some money for food, or directly food. It gets very frustrated to walk few meters and encounter beggar after beggar. And gets worst in the sense that if you give something to anyone, suddenly you will see yourself surrounded by many many more.

Worst of all is that most of the beggars, specially kids, have a “boss” on top of them, so even when you give money to one child, he will in turn get a fraction out of it, since the “boss” will take it from him. So be prepared to see in Kolkata the sad side of India at its peak.

END_OF_DOCUMENT_TOKEN_TO_BE_REPLACED

“The holiest of the seven cities in Hinduism and Jainism”. “Death will bring salvation”

And what a day to travel here! 31st of December 2011. As for what is planned for New Year’s Eve? Nothing as yet. All on the go from this point. The only unfortunate event was our flight being delayed over 2 hours. This would be the only flight of the many we took in India which was delayed. All others left even before time. I really have to say the aviation in India surprised me for its great efficiency.

In the other hand, the only sunny day was the one of our arrival, which was quite late and could not enjoy any of it. By the time we were in the hotel was pitch black. The following two days we were in the city were raining, ugly, cold and dark.

Varanasi is a very beautiful city but only by the Ganges river banks. Anywhere else is a total disaster and very dirty, bearing some temples, the university area, or the multiple ghats. You must be advised that roads and pavements in the centre are non existent. All is a dirt road, and when wet if raining, prepare yourself with good foot wear.

END_OF_DOCUMENT_TOKEN_TO_BE_REPLACED

No more pages to load